Netherlands
Dolmen D14 is located south of Eext diagonally opposite the former station Eext Station in the Dutch province of Drenthe.
Want to visit
Undo
0
Been here
Undo
0 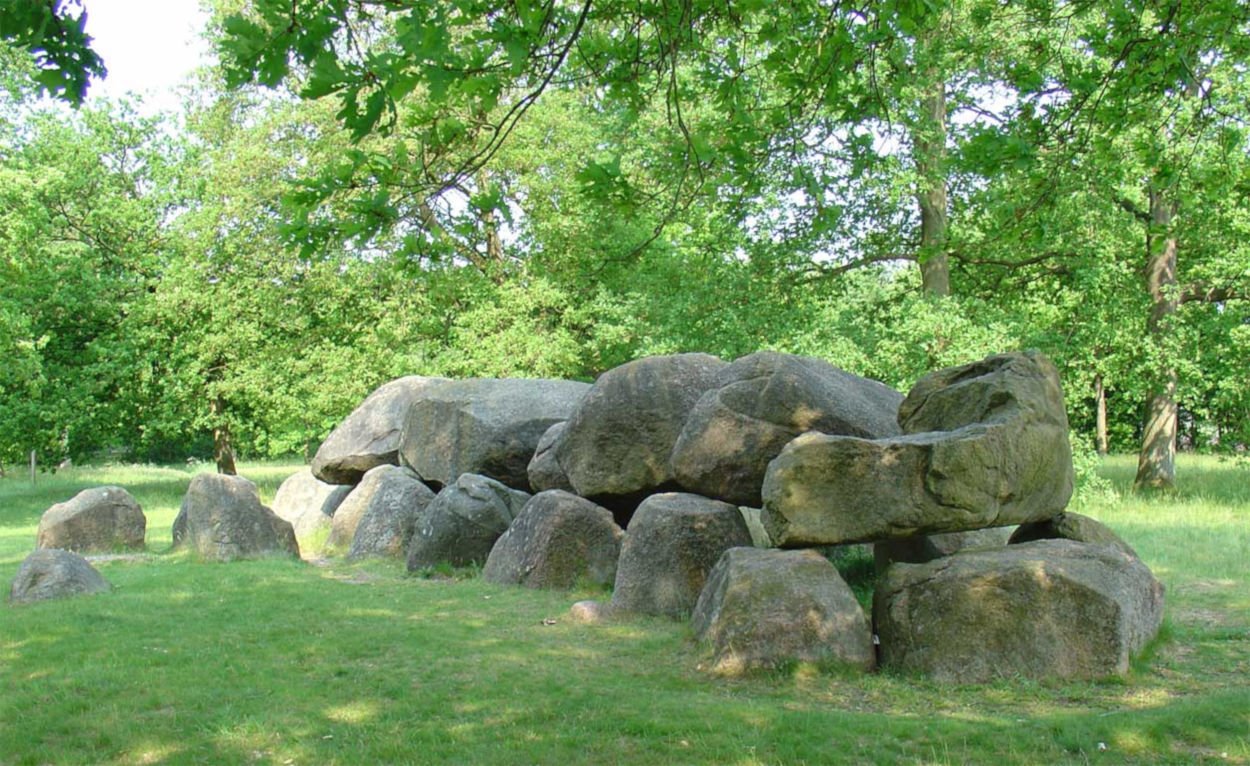 Dolmen D14 is located south of Eext diagonally opposite the former station Eext Station in the Dutch province of Drenthe. This place is also referred to as Eexterhalte. The dolmen is located to the east of the Stationsstraat and can be reached from here via a grass path.

Dolmen D14 is one of the larger dolmens in the Netherlands, the dolmen is 18 meters long and 4.5 meters wide. It has 18 bearing stones and two keystones. Today six capstones are still present, probably originally eight or nine. Three gate stones and eight crown stones are left.

Some stones clearly show traces of being drilled in the past. Gunpowder was put into the holes and detonated or wedges were put in the holes and the stone broke. The stones were made smaller in this way. In the Middle Ages, the stones of megalithic tombs were used to build churches and in the 18th century, sea walls were reinforced with them. In the 19th century, crushed granite was used for road surfacing. Damage to the monuments was banned in 1734, but stones still disappeared after that time.
The dolmen is mentioned in 1756 by Johannes van Lier and in 1769 by P. Camper. The dolmen was improperly restored in 1871, whereby part of the cover mound was dug away.