Netherlands
Dolmen D19 is a dolmen attributed to the funnel beaker culture that, together with dolmen D20, lies west of the village of Drouwen, the Netherlands
Want to visit
Undo
1
Been here
Undo
0 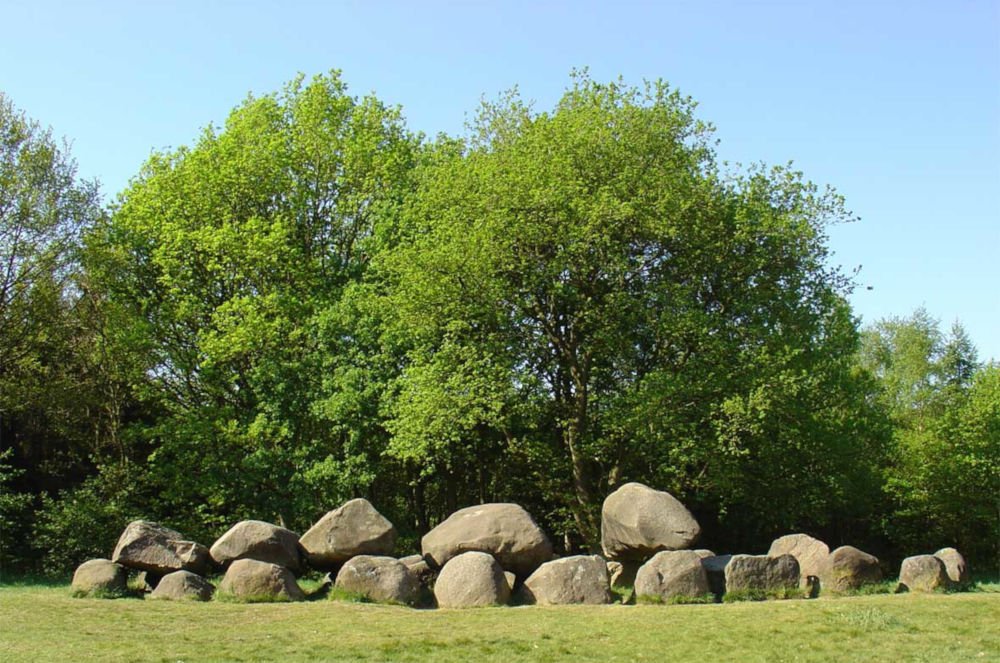 Dolmen D19 is a dolmen attributed to the funnel beaker culture that, together with dolmen D20, lies west of the village of Drouwen on Steenhopenweg. It is located just in front of the viaduct built in 2006 under the N34 in the Dutch province of Drenthe.

It is 15.5 meters long and 3.5 meters wide. There were originally eight capstones, but one is missing. A capstone and remains of two more capstones are in the burial vault. There are four gate stones. There is a stone next to the dolmen.

In the west wing three stones once stood upright, forming a compartment. This does not occur in any other dolmen in the Netherlands.

Close to the dolmens an old cart track of a prehistoric road can be seen.