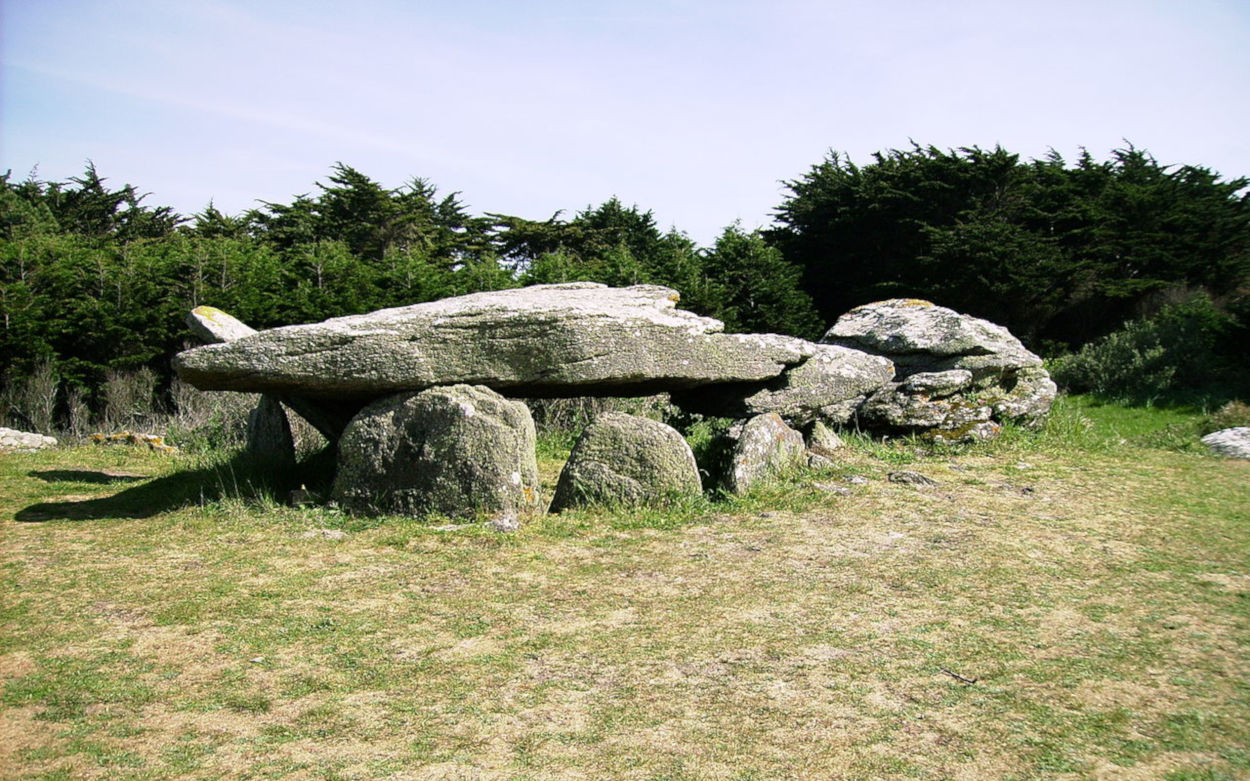 Dolmen des Petits Fradets, also called “Maison de la Gournaise”, is a dolmen located in the town of L'Île-d'Yeu, in the Vendée department.

The dolmen was classified as a historical monument in 1891.

The dolmen is located on a slight elevation which must correspond to the remains of its tumulus composed of rubble, some of which is still visible between the large natural block located to the southwest of the chamber and the first orthostat of the latter. The burial chamber is still delimited by six orthostats, it would have included eight according to the description established by Theodore Volkov in 1896, with a height between 0.85 m and 1.05 m, for an average width of 1 m. All orthostats are nested by their ends which pass one behind the other, which helps to highlight the bedside slab.