Switzerland
The dolmen of Oberbipp in Switzerland was discovered in 2011 when a large granite slab in a pasture turned out to be the ceiling slab of a Neolithic collective grave.
Want to visit
Undo
1
Been here
Undo
1 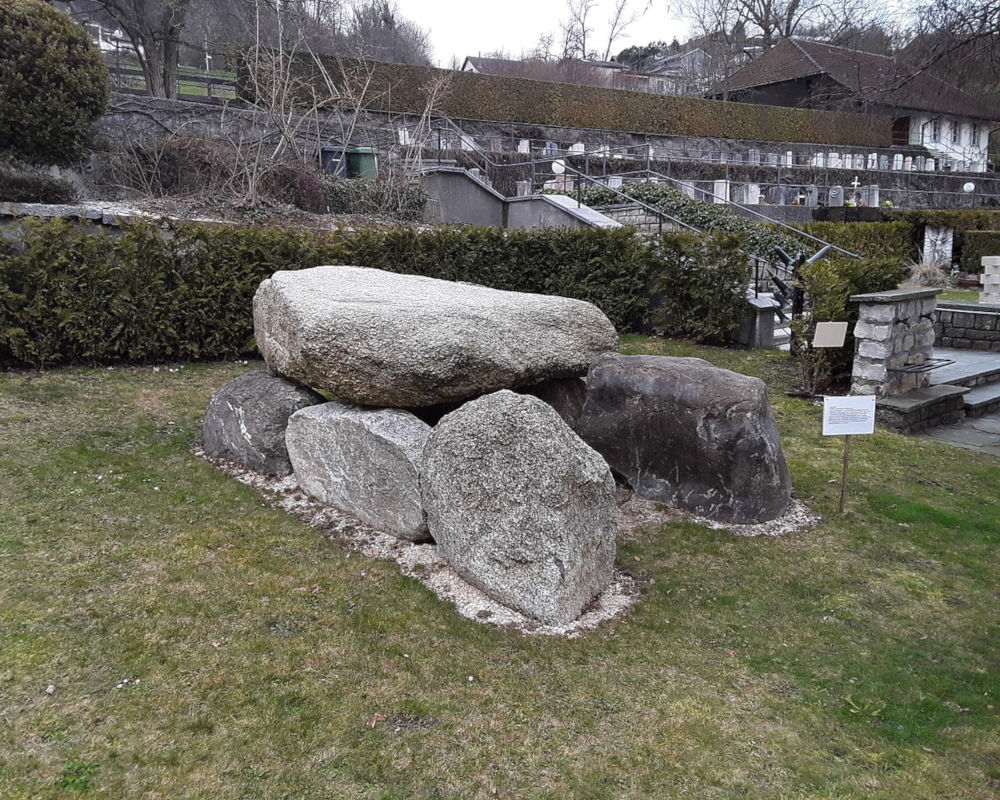 The dolmen of Oberbipp in the canton of Bern in Switzerland was discovered in 2011 when a large granite slab in a pasture turned out to be the ceiling slab of a Neolithic collective grave. The dolmen found in Oberbipper Steingasse belongs to a type of grave from the Horgen culture (3400–2850 BCE). This type of grave is rarely preserved in Switzerland.

This megalithic site from the second half of the 4th millennium BCE is largely intact. The cover plate is a rectangular, six square meter, one meter thick, two by three-meter boulder made of granite, which rests on several supporting stones of granite. Roman and medieval finds from the subsequent layers show that the capstone was visible until at least the 13th century.

Protected by a layer of sediment from which only a small piece of the cover plate protruded, the facility survived the centuries. The sediment in the area was deposited during various flood events in the nearby Mühlebach stream over the past seven centuries. Undermining is likely the reason that two of the bearing stones are shifted under the cover plate. The bones of about 30 buried people and some artefacts were found.

After the excavation was completed, the dolmen was moved to the Oberbipp churchyard.