Switzerland
The Chindlistein is a ritual place, where people presumably practised pregnancy rituals since the neolithic age.
Want to visit
Undo
1
Been here
Undo
1 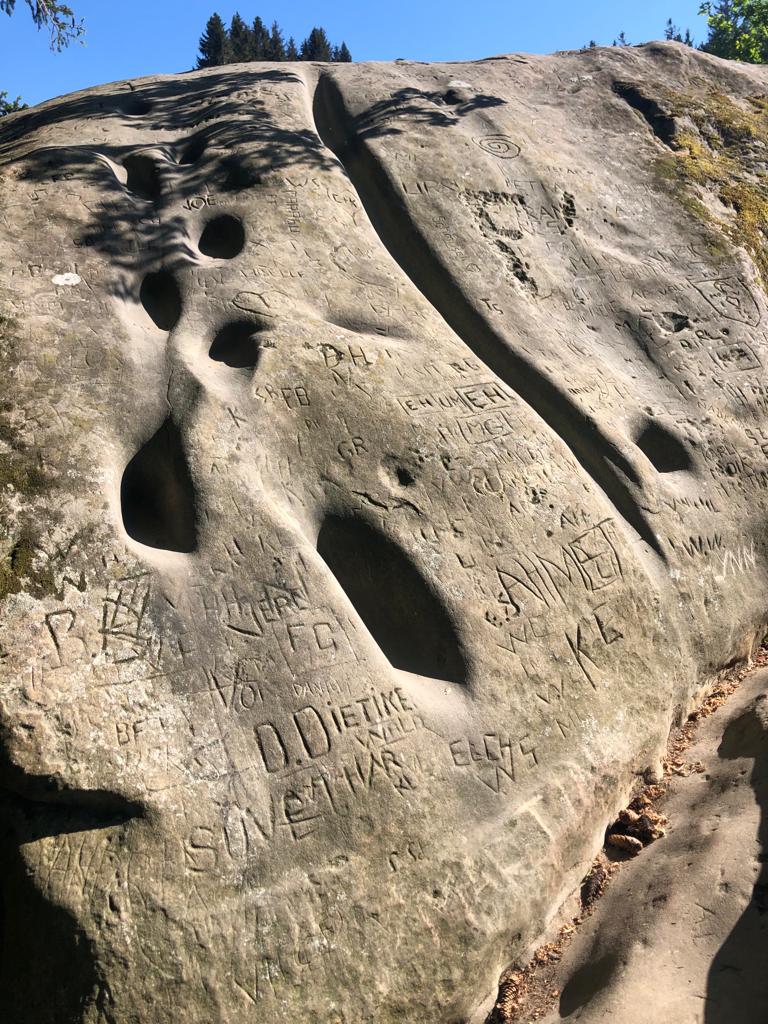 The Chindlistein is a block of soft stone near the Appenzeller town Heiden. People in the neolithic area carved steps into it, as well as a slide. Folklorists assume, that freshly married women were prompted to rush down the slide so that their womb might capture the soul of their future child. This ritual is described in multiple medieval manuscripts of the nearby monastery in St.Gallen. This further suggests that the later arriving Germanic peoples picked up the ritualistic use of the Chindlistein.

In the later medieval period, the Chindlistein was feared as a gathering place of witches.

More than one stone

In the area of the Chindlistein are a lot of other interesting stones to be found: Another (smaller) pregnancy stone with astronomical marks (Which mirror the marks of a talisman found in a sunken pile dweller village in the nearby Bodensee), A stone with multiple carved-in bowls which are connected by small channels (Folklorists assume this was used for calling down the rain) and a very high pulpit made of stone which is guarded by a two metres tall demonic figure.

Due to the soft nature of the stones in the area, it is very easy to carve something into them. This has lead to a lot of people carving in profanities and love letters into the once sacred ritual places. Between these modern graffitis, there are also mysterious "thieves marks" which were left there by medieval vagabonds, namely the Jenischen and the Sinti and Roma.

Most of what you have just read in this text is explored in the multitude of informational signs on the trail itself. The hike is very easy and can be done with children. Don't forget to protect yourself against ticks, since the trail goes through a lot of woodlands and meadows.