Switzerland
The Laufen dolmen is located in the village and municipality of Laufen in Switzerland. The dolmen was discovered in 1946 and excavated by Alban Gerster.
Want to visit
Undo
0
Been here
Undo
0 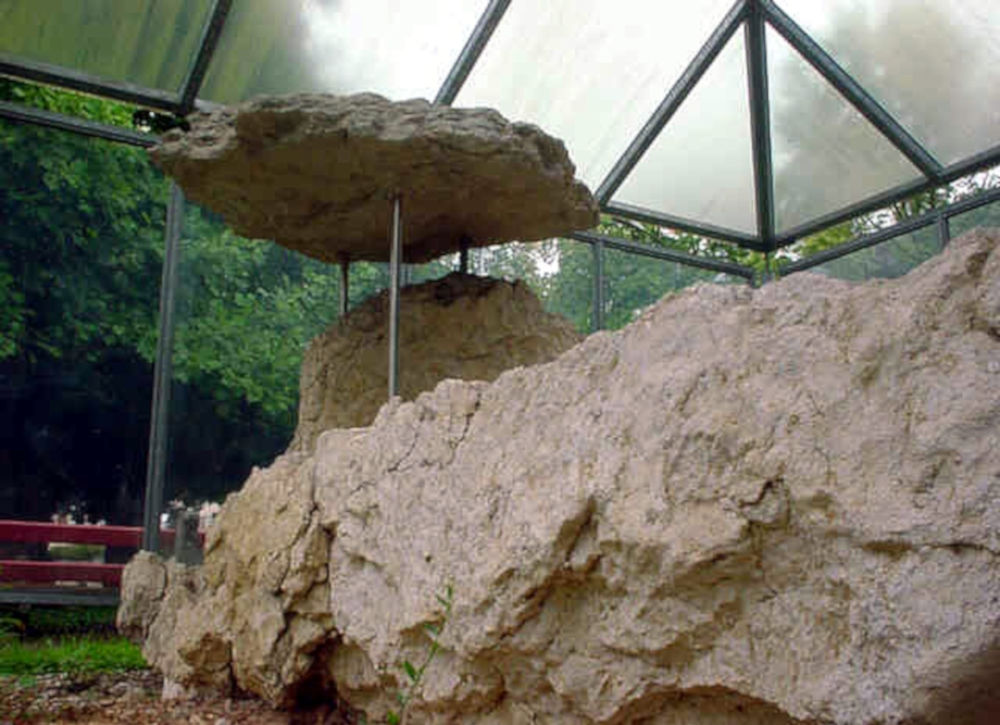 The Laufen dolmen is located in the village and municipality of Laufen in the canton of Basel-Landschaft in Switzerland. The dolmen was discovered in 1946 and excavated by Alban Gerster.

The rectangular burial chamber is made of limestone slabs and can now be found under a protective roof in front of the northern city gate of Laufen.

On the reddish weathered east plate, which probably formed the entrance, a soul hole is suspected, through which the skeletons were probably pushed into the sacred space. 121 teeth from 24 adults and 8 children were found on the site of the Laufen dolmen.

The grave belongs typologically to the dolmens in the Jura, as similar dolmens can also be found in Aesch, Courgenay, Degernau and Schwörstadt.

In 2000, an excavator exposed a 2.90 × 1.70 m limestone slab about 120 m southeast of the site. The circumstances of the find indicated that it was a second Neolithic dolmen. The plate was a side wall when the tomb was looted and left behind in Roman times. The remaining stone slabs were probably used for the construction of the nearby Roman villa of Laufen-Müschhag.