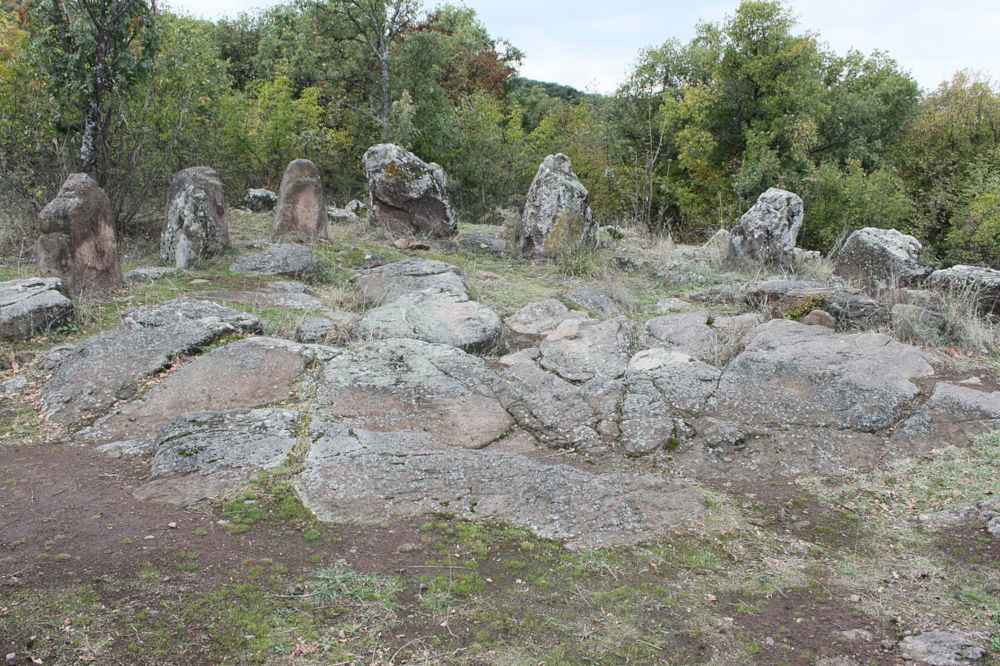 This cromlech was a place of worship made of vertically erected pyramid-shaped megaliths that enclose a slightly oval circle with an inner diameter of 9 to 10 m. Archaeologists assume that the cromlech was a Thracian sanctuary, even if there are no Thracian parallels.

The 15 stone blocks are on average 1 m wide, 50 cm thick and have heights of 1.2 to 1.5 m. The stones are 75 to 90 cm apart. This arrangement is interrupted in the eastern part of the stone circle, there two stone blocks were placed directly next to each other and behind them, there is a third, which today is strongly inclined to the east. Nine stone blocks have been preserved in situ, another three fell over.

The stone blocks stand on the rocky subsoil, which is covered by a thin layer of soil without any holes or recesses being carved into the rock. Due to their shape, however, the stone pyramids are stable. Some were stabilized with smaller stones. Between the 15 large ones, there are numerous smaller stones 20 to 30 cm high.

The stone circle is not closed to the southeast. In this sector the ground consists of a rocky subsurface that rises slightly above the surrounding terrain, which is why menhirs may never have been erected there. The circle is also interrupted in the northern area. A block is missing there, which was probably destroyed or moved. In addition to the ones set up in a circle, there are some large stone blocks and numerous smaller ones scattered in the vicinity. In the southern part of the stone circle there are four large stone blocks that are more like slabs than menhirs.