Italy
The Doric temple of Segesta was constructed in the late 5th-century BCE. It is built on a ridge just outside the ancient city of Segesta.
Want to visit
Undo
0
Been here
Undo
0 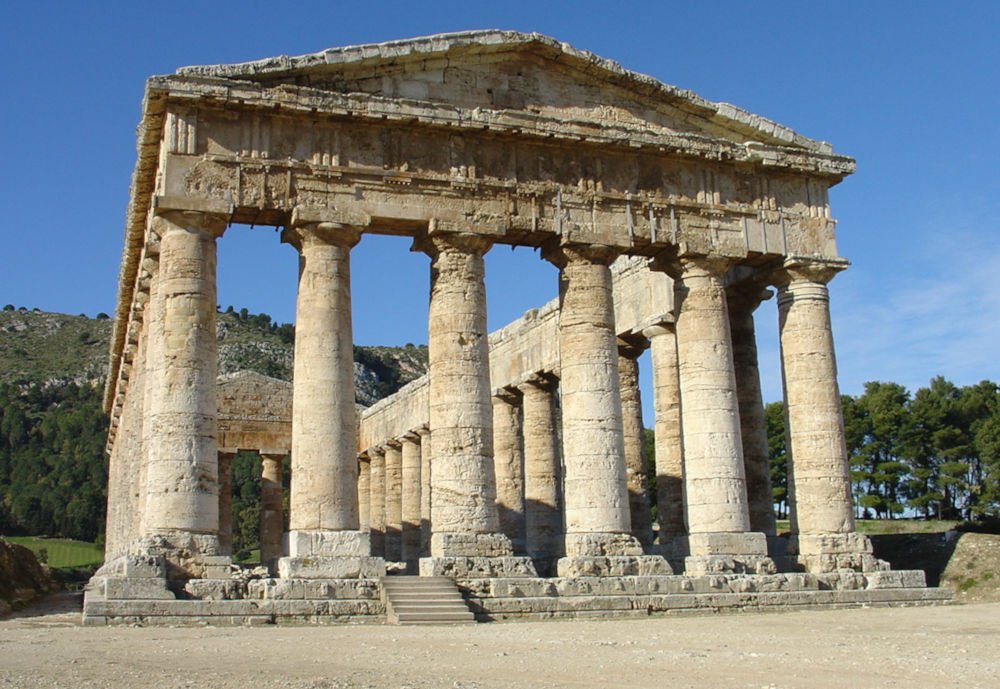 The Doric temple of Segesta was constructed in the late 5th-century BCE. It is built on a ridge just outside the ancient city of Segesta, with a very beautiful view over the valley. It is one of the best-preserved Greek temples. Probably for several reasons at once: because of its isolation on top of a hill, without temptations to use it for local building materials, and because it has never been desecrated because it had not been completed. It was never roofed, and its columns remain raw, waiting to be fluted.

It was built by the Elimia people, probably around 430-420 BCE, but it was never completed. It is a Doric temple of a peripteral type with 6 × 14 columns on a 21 × 56 base. The structure of the temple is intact with the tympanum in place. The columns are not fluted, the tabs used to lift the blocks are still present at the base, and there is no trace of a nave or ceiling.

The temple of Segesta is, in its construction, style, and measure, a standard product of the late 5th century BCE, except for its unfinished state and its remarkable state of preservation that makes it one of the most important archaic temples that survive in the world.