France
Filitosa is an archaeological site in the municipality of Sollacaro in the south of Corsica, which was inhabited from the end of the Neolithic to Roman times.
Want to visit
Undo
0
Been here
Undo
0 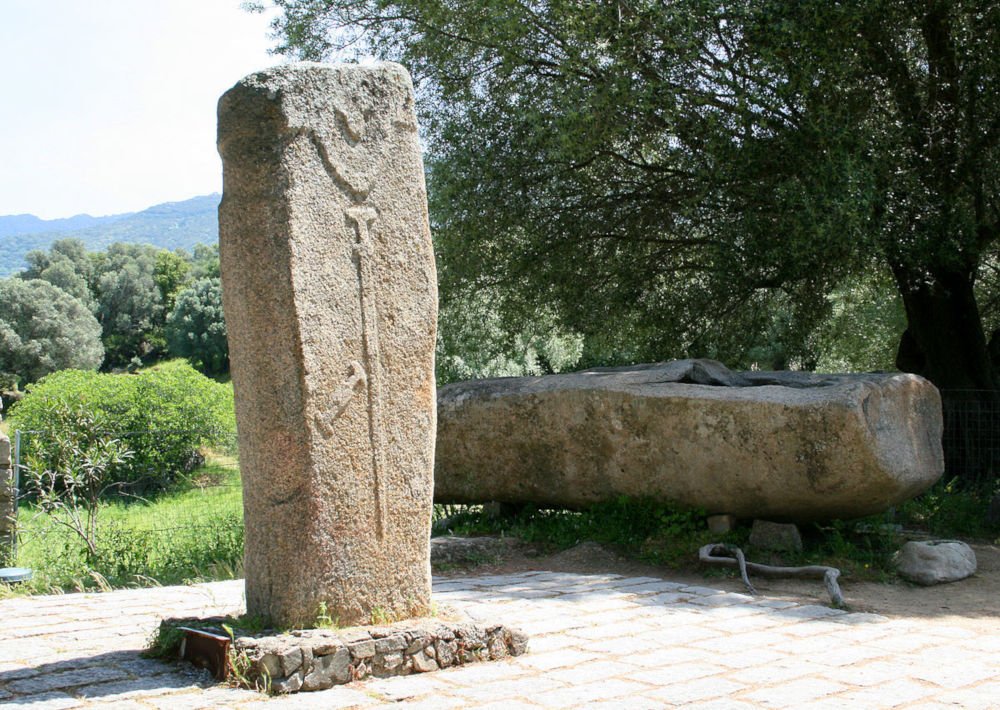 Filitosa is an archaeological site in the municipality of Sollacaro in the south of Corsica, which was inhabited from the end of the Neolithic to Roman times. It is the only place on the island where megalithic menhir statues and Torrean towers co-exist.

The oppidum of Filitosa is built on an oval hill and is surrounded by a cyclopean ring wall. Within it are three large structures: the eastern, central and western monument. These structures partly consist of natural rocks. In the central monument, which probably fulfilled a religious function, 32 pieces of menhirs have been found, including six tops with faces.

At the foot of the hill, in the shade of an old olive tree, five menhir statues have been re-erected. Behind the olive tree begins a quarry where the building materials for Filitosa were obtained. Close to the current entrance to the site is the Menhir Filitosa V, one of the finest specimens on the island. Although its face is damaged, the long sword and dagger in a scabbard are still very recognizable.