Germany
Goldbusch is a large dolmen, a prehistoric burial complex. It lies between Altensien and Moritzdorf on the Baltic island of Rügen.
Want to visit
Undo
0
Been here
Undo
0 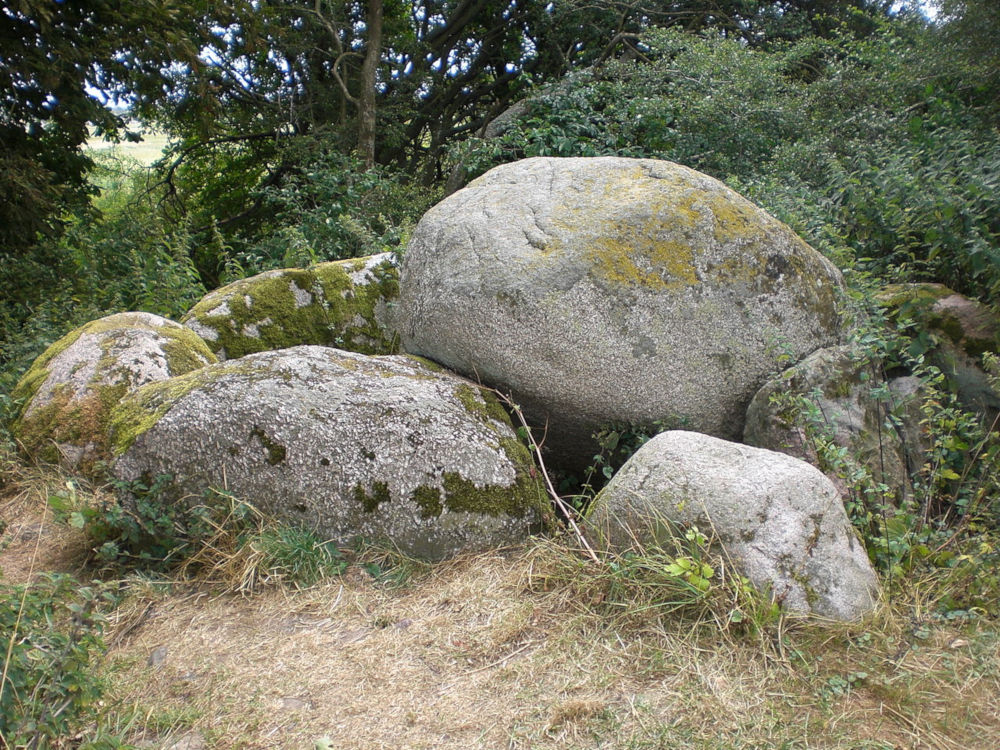 Goldbusch is a large dolmen, a prehistoric burial complex. It lies between Altensien and Moritzdorf on the Baltic island of Rügen. The large stone grave with the Sprockhoff number 508 was created between 3500 and 2800 BCE, and belongs to the funnel beaker culture.

The approximately 3.5 m long, 2.4 m wide and 1.2 m high burial chamber has side walls made of 7 large and one small bearing stone. Originally there were three capstones on the bearing stones, one of which has been preserved. There are 27 shallow depressions, so-called bowls, on the capstone. The burial chamber, which ran in an east-west direction, was previously completely covered by a hill and only by a narrow corridor that opens into the narrow west side, which otherwise only occurs once in Mecklenburg-Vorpommern. The corridor consists of red sandstone slabs. The narrow side of the chamber opposite the passage is formed by a single large stone. In comparable sites, there is often a stone border of the entire site. The Goldbusch-dolmen lacks anything comparable, but it may have been there. It is possible that the facility was originally located under a mound of earth covered with stones.