Greece
Gournia (Greek Γουρνιά) is a Minoan archaeological site located in Crete, 15 km north of the city of Yerapetra.
Want to visit
Undo
0
Been here
Undo
0 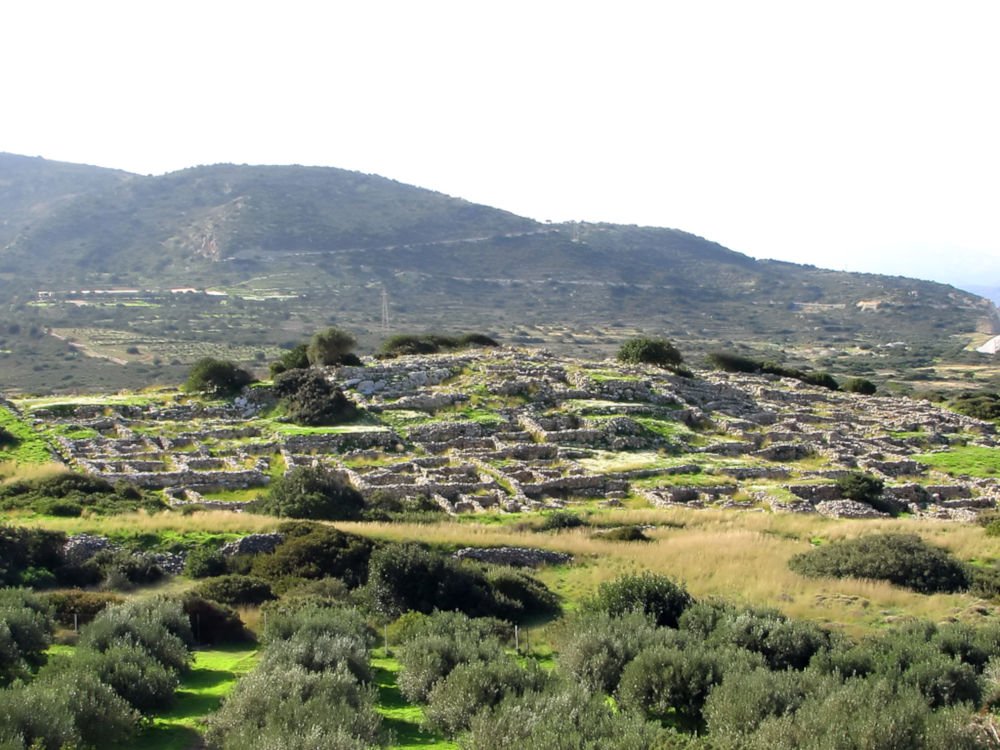 Gournia (Greek Γουρνιά) is a Minoan archaeological site located in Crete, 15 km north of the city of Yerapetra. Gurniá is on the top of a hill located a few hundred meters from the Mirabello Bay. The site was excavated in the early 20th century by Harriet Boyd-Hawes.

The name of the place in Minoan times is not known. Gournia, which means "trough", was the name that was given when numerous water reservoirs were found in the place.

The site appears to have been occupied since the Old Minoan (around 2300 BCE) and there are signs of early Middle Minoan occupation, but the main buildings were built in the Middle Minoan III or Recent Minoan. The city was destroyed in the recent Minoan, at the same time as the other main palaces on the island, around 1450 BCE. Some fifty years later it was reoccupied until its final abandonment that took place around 1200 BCE. The palace measured 50 x 37 meters.