Bulgaria
Harman Kaya Mountain Megalithic Complex is one of the largest cult complexes in the Rhodope Mountains of Bulgaria.
Want to visit
Undo
0
Been here
Undo
0 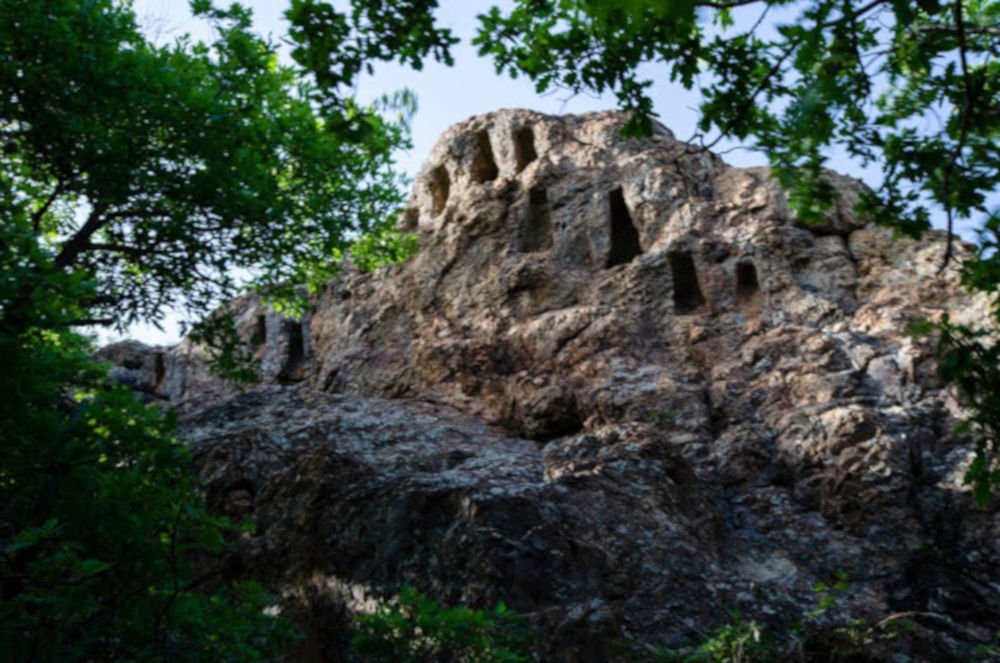 Harman Kaya Mountain Megalithic Complex is one of the largest cult complexes in the Rhodope Mountains of Bulgaria.

The complex consists of an ancient temple, observatory, sanctuaries, various structures and a fortress. The prehistoric complex is relatively poorly studied and is regarded by most authors as ancient Thracian.

The place was discovered by Professor Vasil Mikov back in 1941. According to him, at the foot of Harman-Kai are the remains of the "largest Thracian city", in which, in addition to the outlines of the premises, streets and squares are clearly visible. Its exact dating is still controversial, as materials from different eras have been found here.

The central and highest place of the rocky peak is occupied by an east-west tomb, carved into solid rock, carved in the form of a truncated pyramid. On the south side of the magnificent rock is a similar tomb carved in a hemispherical depression. The niche is covered with an arch carved into the stone vault. The main staircase, carved into the rocks, leads to two graves, consisting of eight steps.

On the day of the winter solstice, the rising sun should hit the "sight" of a special stone crevice. This suggests the shape of the highest part of the megalith - a ribbed semicircle, reminiscent of the rising sun.

Archaeoastronomical studies conducted by Associate Professor Alexei Stoev and Penka Muglova at two sites carved into the rocks show that they most likely served to measure the annual cycle and establish the summer and winter solstices. According to Stoev and Muglov's interpretation, the rocky megacomplex intended for such solar observations was created around 2000 BCE, but a thick cultural layer dating back to Chalcolithic indicates a much earlier date.