Germany
The historical trail at Leinfelden-Echterdingen includes different Celtic sights, like copies of statues, a former settlement and burial mounds from the Hallstatt period.
Want to visit
Undo
2
Been here
Undo
0 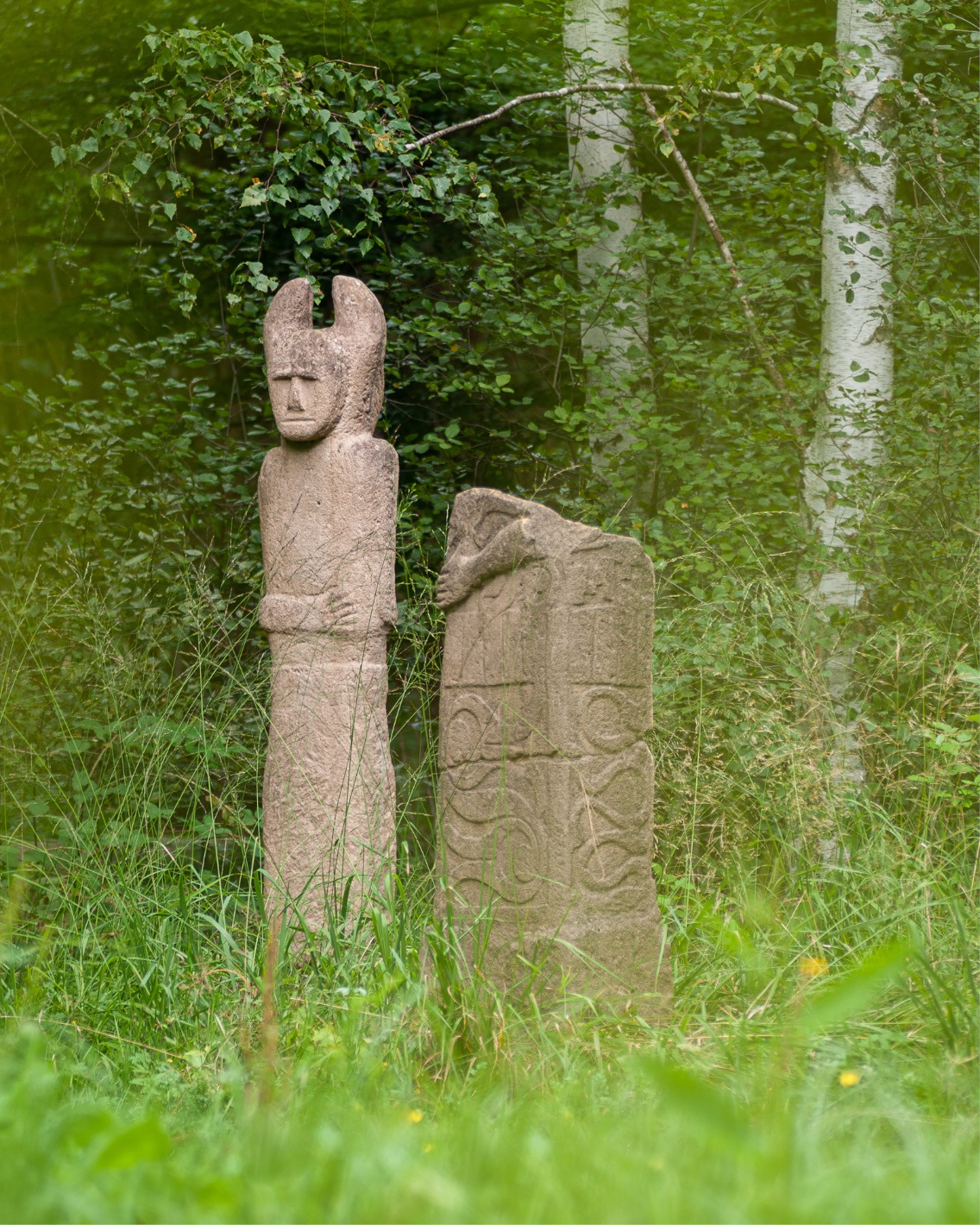 The historical trail leads past different noteworthy sites in the Schönbuch forest west of Stuttgart, which area was settled by Celtic people in ancient times, until Germanic people and Romans moved into the area and displaced or absorbed the Celtic population.

One of the biggest Celtic burial mound plots from the Hallstatt period can be found in the Schönbuch forest. 29 mounds are still visible, and one mound from about 500 BCE has been excavated and reconstructed in the center of the plot. An undressed sandstone block stood on top of the burial mound and it was surrounded by a circular ditch. It contained the wooden coffin of a nobleman and wealthy grave-goods, like an iron lancehead and a shaving razor. Two secondary burials had followed later on.

The trail displays copies of five Celtic statues that were found on different spots in the wider area west of Stuttgart, and which may depict gods or ancestors. One of them shows a typical Celtic mistle-crown, as it was found in the grave of the chieftain of Glauberg. Another one wears a cone-shaped hat made of birch bark, similar to the one found in the grave of the chieftain of Hochdorf. The steles are from 700 to 400 BCE, thus covering both the Hallstatt and early Latène period.

Part of the former settlement in the area was a square-shaped earthwork ("Riesenschanze"), which can still be seen in the ground. It might have served as a fortification, a stock ground or maybe also as a holy site. Former well pits have been found there as well.