Ukraine
Kamyana Mohyla, which is translatable as Stone Tomb, is an archaeological site located in the valley of the Molochna river, Ukraine.
Want to visit
Undo
0
Been here
Undo
0 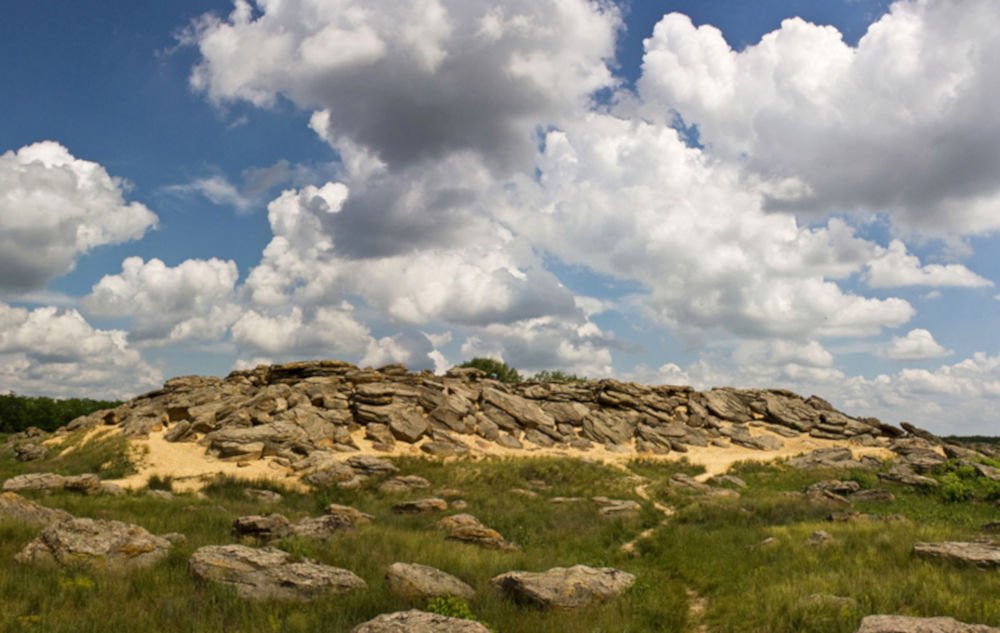 Kamyana Mohyla (Ukrainian: Кам'яна Могила; Russian: Каменная могила) literally translatable as Stone Tomb, is an archaeological site located in the valley of the Molochna river, about a kilometre and a half from the village of Terpinnya, in the oblast of Zaporizhja, Ukraine.

The site consists of an isolated cluster of sandstone blocks, up to twelve meters high, spread over an area of approximately 3,000 square meters. A Noghai legend tells that they are the result of a scuffle between two Bogatyrs, who started throwing stones at each other. The blocks actually began to form in a sandbar of the Tethys ocean. The site was for a long time an island in the Molochna River, but currently remains further west of the waterway. It is thought to be the only sandstone outcrop in the area.