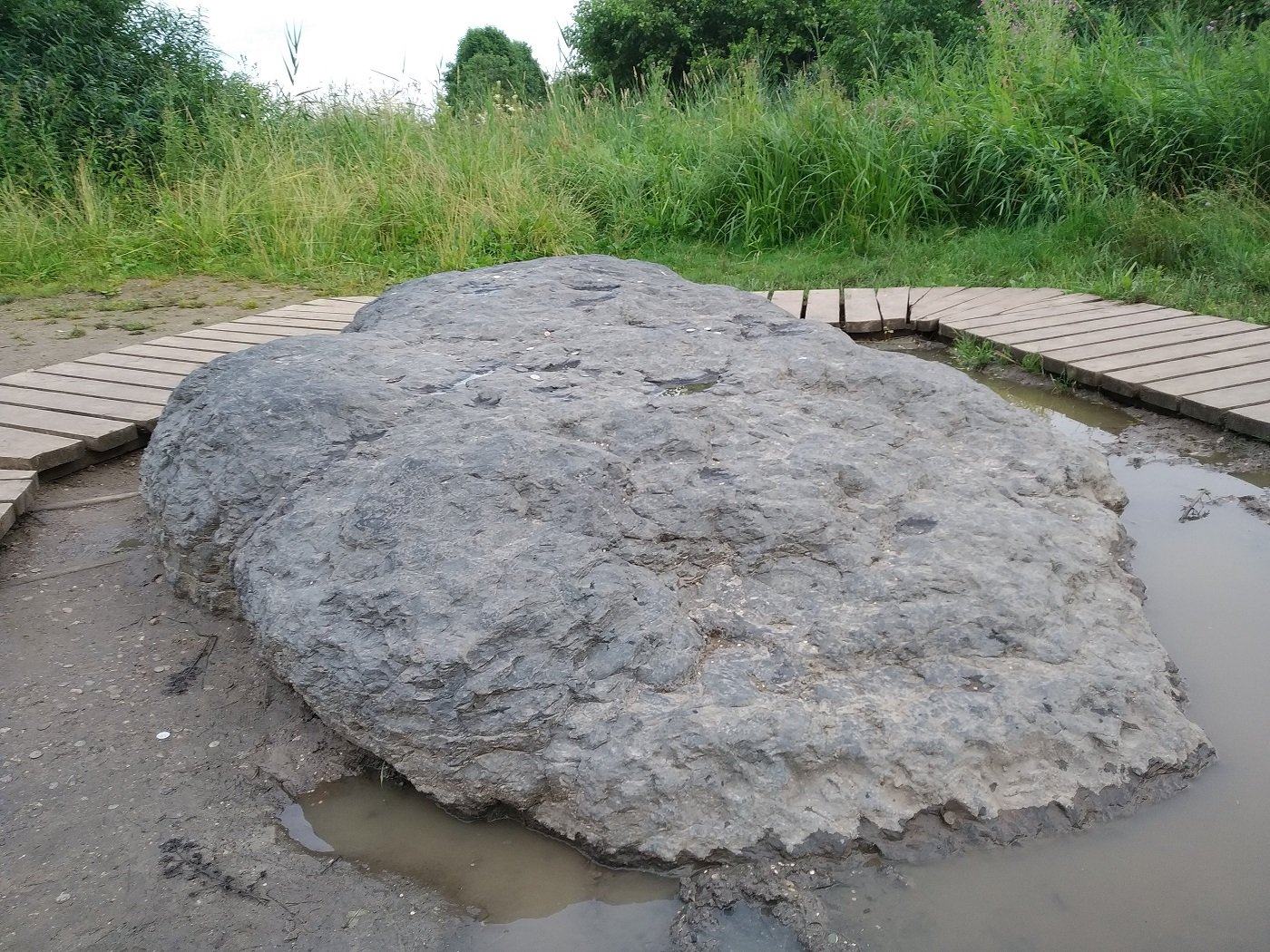 Blue Stone - sacred stone near Lake Pleshcheevo, Pereslavl-Zalessky, Alexandrovaya Gora (or Yarila mountain) and the ancient settlement of Kleshchin. This is one of the few genuine ritual objects that have survived from the times of pagan Rus. It is located on the territory of the Pleshcheyevo Lake National Park.

The most well-known sacred stone of Veles in Russia is a Blue stone near Plescheevo lake, yaroslavl land. It is very similar to sacred blue stone in Yaroslavl city church.

The blue stone was the object of worship of the Finno-Ugric tribe of the Merians, and then of the ancient pagan Slavs. It was believed that a powerful supreme Deity lived in the Blue Stone. Therefore, the stone is still worshiped by many modern pagans.

Despite the presence of the Borisoglebsk Nadozerny Monastery nearby, Pereslavl residents often gathered at the stone and arranged wild fun, dances and bonfires. The glory of the stone was undeniable. No one was allowed to roughly peel off the stone. For some time, monks and priests confined themselves to exhortations, frightening the local residents with the fact that evil spirits lived in the idol. However, attention to the pagan shrine did not wane. Since the locals believed that Blue Stone have mysterious power and heals diseases, grants desires and gives the earth fertility.

Everything changed at the beginning of the 17th century. In the life of Saint Irinarch of Rostov it is said that the Monk Irinarchus advised his friend the deacon Onuphrius to bury the stone. He buried the idol, which is why he became very ill. The stone lay in the ground for some time, and then suddenly he got out of the ground and again found himself outside. It is believed that water erosion washed away the ground, and the freezing soil gradually pushed the stone out of the ground./ppIn 1788, priests wanted to use the stone for the foundation of the Spiritual Church. The blue stone was hoisted on a large sleigh and driven across the ice of Pleshcheyevo Lake. But the ice could not withstand the enormous weight, cracked, and the stone sank at a depth of 2 arshins (1.4 meters). (according to Berdnikovs data, 2 sazhens, that is, 4.3 meters.)

After 70 years, the Blue Stone floated and again crawled out onto the shore of the lake, moreover, several kilometers to the north of its previous location. This gave rise to many fantastic theories that the stone moves on its own. The discussion about the reasons for this phenomenon was in the newspaper Vladimirskie gubernskie vedomosti and ended with the conclusion that the stone might have been squeezed out of the water by strong wind and ice movement. Observing the movement of the Blue Stone, the locals saw it on the slope of Yarilina Mountain and different other places during the USSR time. Then the stone began to crawl back to the lake. Today the Blue Stone is sinking into the ground for unclear geological reasons. Forty years ago, it protruded to the surface almost as tall as a man, and now its height is less than to the knee. The weight of the stone about 12000 kg.

Now Blue Stone is an object of tourism and one of the most important point of russian pagan piligrimmage.