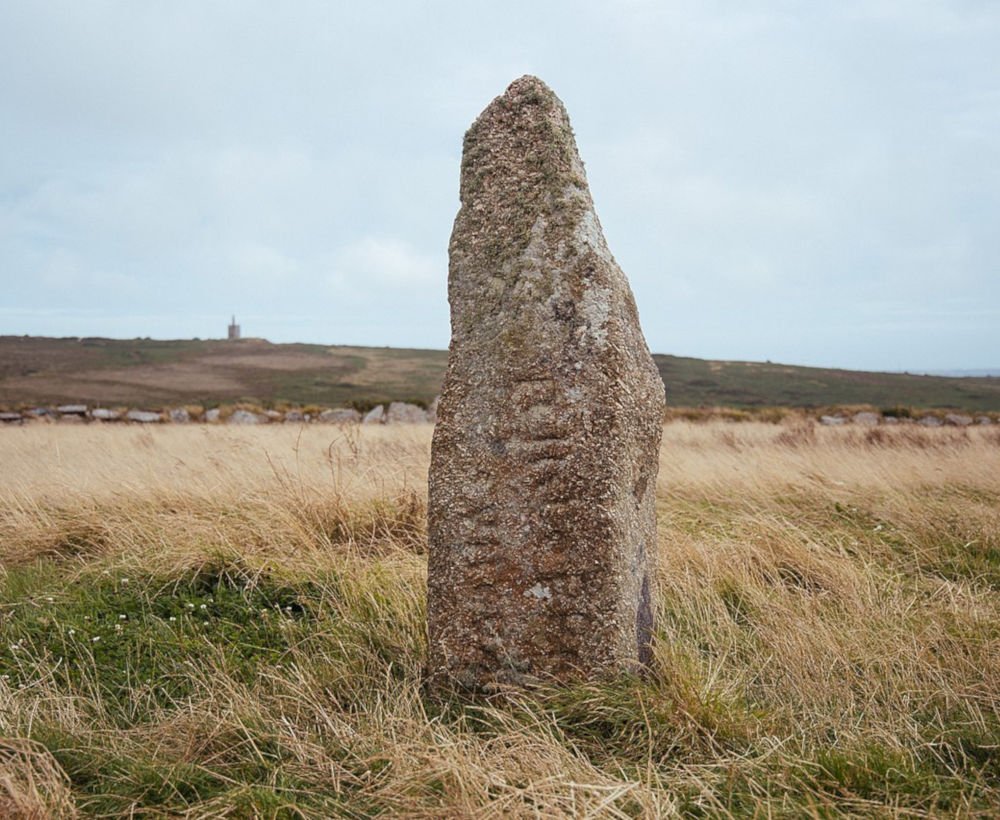 The menhir Mên Scryfa (also Mên Scrifa, meaning "stone with writing") is an inscribed standing stone. The Mên Scryfa stands in the middle of a field at the end of a cul-de-sac, northeast of the road from Madron to Morvah in Cornwall in England.

The megaliths of Mên-an-Tol are about 300 m south. The stone with a rectangular cross-section measuring approximately 0.4 meters by 0.5 meters is 1.7 meters high. The inscription ending in the ground is on its north side. In the past, two simple crosses could be seen on the lichen-covered stone at the top. The horizontal axis of the lower cross is still visible, but the vertical line is very indistinct. The antiquarian William Borlase described the stone found lying down in 1769. It was raised in 1825 and overthrown by looters in 1849. It was face down when described by John Thomas Blight (1835–1911) in 1861, and was rebuilt so deep in its current position in 1862 that the last word of the inscription is buried.

The inscription was dated to the 6th to 8th centuries AD for stylistic reasons. However, it is believed that the stone itself is a prehistoric menhir.