Greece
The Minoan palace of Knossos is a place on the island of Crete. Excavations there have contributed greatly to our knowledge of the Minoan civilization.
Want to visit
Undo
0
Been here
Undo
0 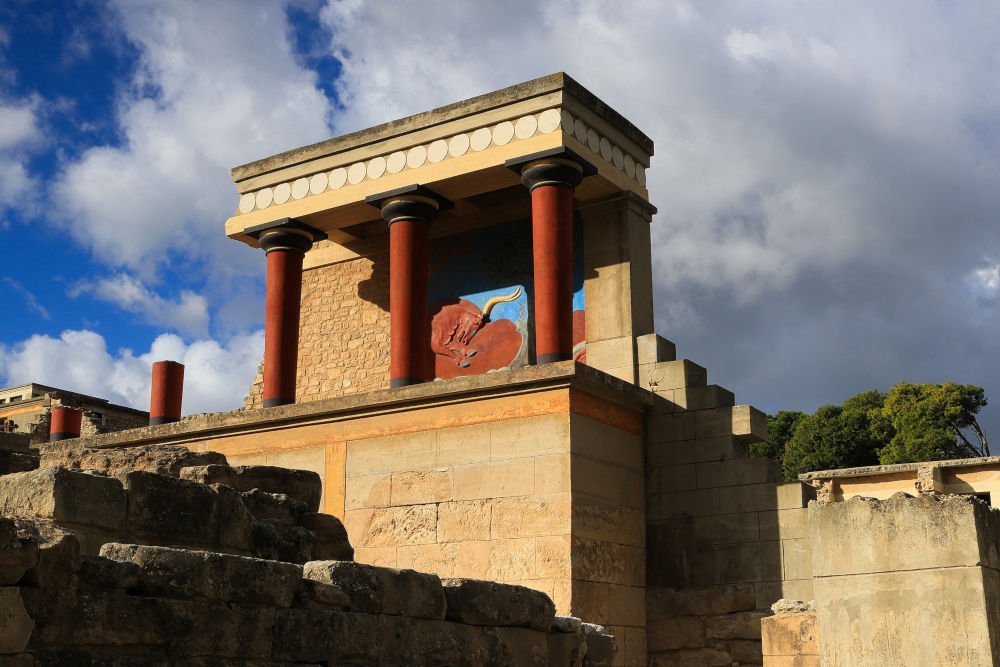 The Minoan palace of Knossos is a place on the island of Crete. Excavations there have contributed greatly to our knowledge of the Minoan civilization.

In the nineteenth century, material from a site just south of the Cretan capital Heraklion was often used to build houses in that city. The site was believed to contain the remains of the colossal Minoan palace of Knossos.

In 1878 Arthur John Evans thought it worthwhile to investigate what kind of building had stood here before all traces had been obliterated by the construction of houses. He began excavations at Knossos and it soon became clear that a Minoan palace had stood here, probably the palace of the legendary King Minos. Excavations uncovered the west wing of the palace. There were many pottery, vases and jugs and the famous bull fresco.

The palace is believed to be about 4,000 years old and could have been built by the mythical architect Daedalus. He studied in Egypt and learned to cast bronze and make sculptures. The Daedalic statues indeed represent the oldest and first style of sculptures in Greece. Many myths also stem from this period. For example, how the Athenian king's son Theseus conquered and killed the monster Minotaur (half celestial bull, half man) that lived in the labyrinth of Minos. Archaeologist Arthur John Evans was convinced that there must be some truth in the stories from the Minoan era in Crete. 'Minos' would have been the title for 'king'. It was common in ancient times to have young people from neighbouring, especially subordinate, kingdoms come over to live at court. At the same time, this transaction was regarded as a kind of sealing of a peace treaty and the annual donation of young people to the court could also be regarded as a form of tribute.

In addition to the excavations of the palace itself, a small palace was found just across the current road, and in other places a royal villa, some Minoan villas and a temple tomb. However, these are not open to tourists.