Germany
The Mithraeum in Saarbrücken is located on the western slope of the Halberg, and it's one of the oldest historical places in the Saarbrücken area.
Want to visit
Undo
1
Been here
Undo
0 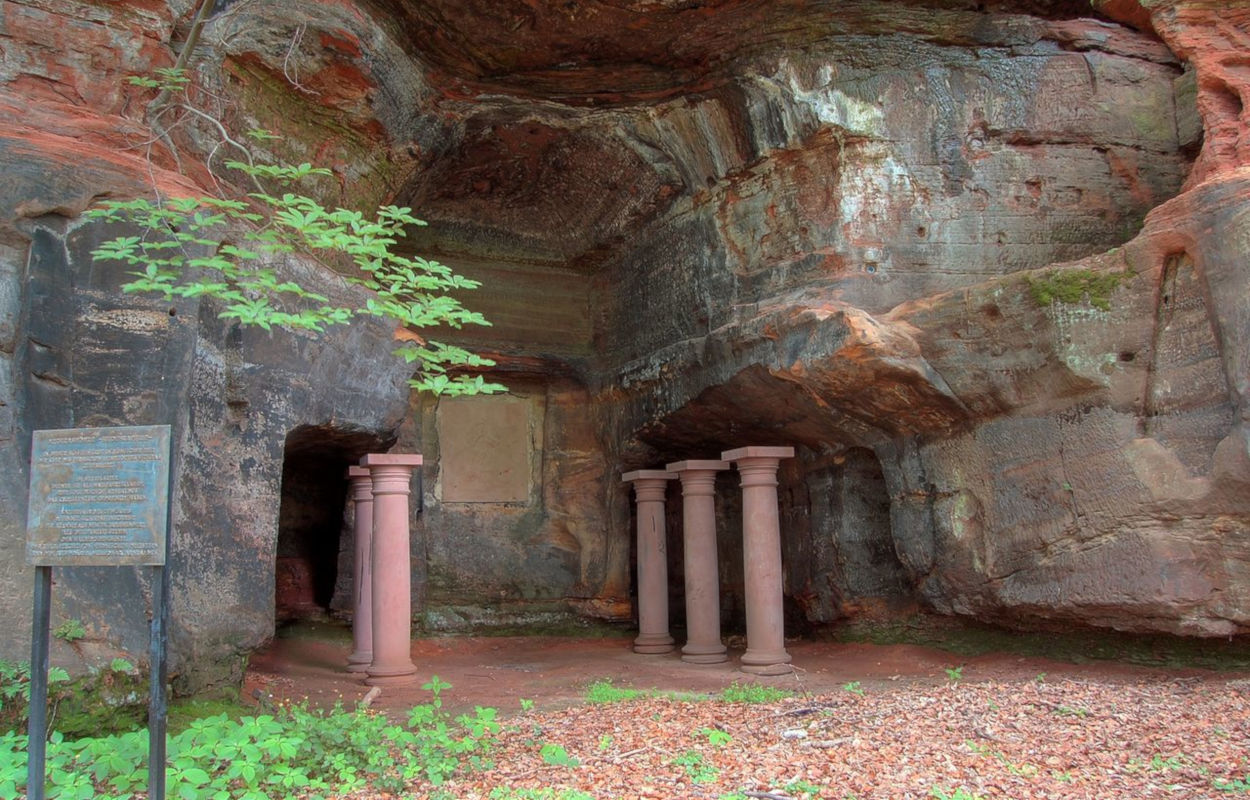 The Mithraeum in Saarbrücken (referred to in German as Mithrasgrotte or Heidenkapelle) is located on the western slope of the Halberg. This Mithraeum is one of the oldest historical places in the Saarbrücken area. Residents of the Roman settlement, which then stretched below the Halberg, created a sanctuary in the natural cave that was dedicated to Mithras - a god worshipped mostly by Roman soldiers.

The cave was converted into one of the iconic rooms that are unmistakable in the entire Roman Empire: a three-aisled complex with benches on the right and left and a recessed central aisle that led to the cult image on the front wall. Since the cult room had to be separated from daylight, a wooden porch with a separate entrance area must have been constructed in front of the cave.

Research shows that this Mithraeum was intensively used during the second half of the 3rd century; At that time, interest in religion increased throughout the Roman Empire, and more and more members of the upper class entered the cult communities.