Netherlands
The reconstructed Nehalennia Temple on Colijnsplaat is one of the two famous temples dedicated to the goddess Nehalennia.
Want to visit
Undo
1
Been here
Undo
0 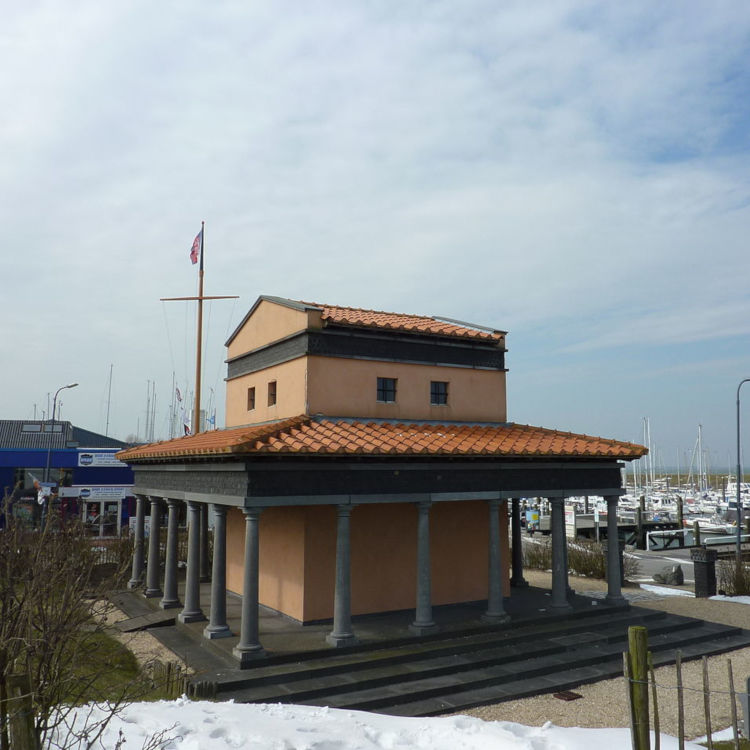 The reconstructed Nehalennia Temple on Colijnsplaat is one of the two famous temples dedicated to the goddess Nehalennia. The reconstructed temple is located on Colijnsplaat, on Walcheren, in the Dutch province of Zeeland. The other temple was located in Domburg and inscriptions and images on votive stones show that there were close contacts between the two temples. They would have co-existed at least in part. On the basis of inscriptions, the temple of Colijnsplaat is considered to be in use at least between the years 188 and 227.

Walcheren, the area where this temple is located, was home to many more temples dedicated to Nehalennia. Until the Middle Ages, Walcheren was a pagan stronghold feared by Catholic bishops of surrounding regions.

Because of the symbols used in her many images, Nehalennia is believed to be a goddess of life, fertility and death at the same time. Striking are the constant features of the goddess, with certain details that apply only to her. This points to the existence of a canon with the necessary guidelines for the manufacture of the works of art.

Faber. H (2017) Island the Walcheren: once Sodom and Gomorrah of the North Sea (retrieved from: https://www.frisiacoasttrail.com/post/2017/09/24/walcheren-sodom-and-gomorrah-at-the-north-sea)