Belgium
The Pierre Haina, sometimes also called White Menhir, is a natural rock in the municipality of Durbuy in the Belgian province of Luxembourg. It is one of the area's legendary stones.
Want to visit
Undo
1
Been here
Undo
0 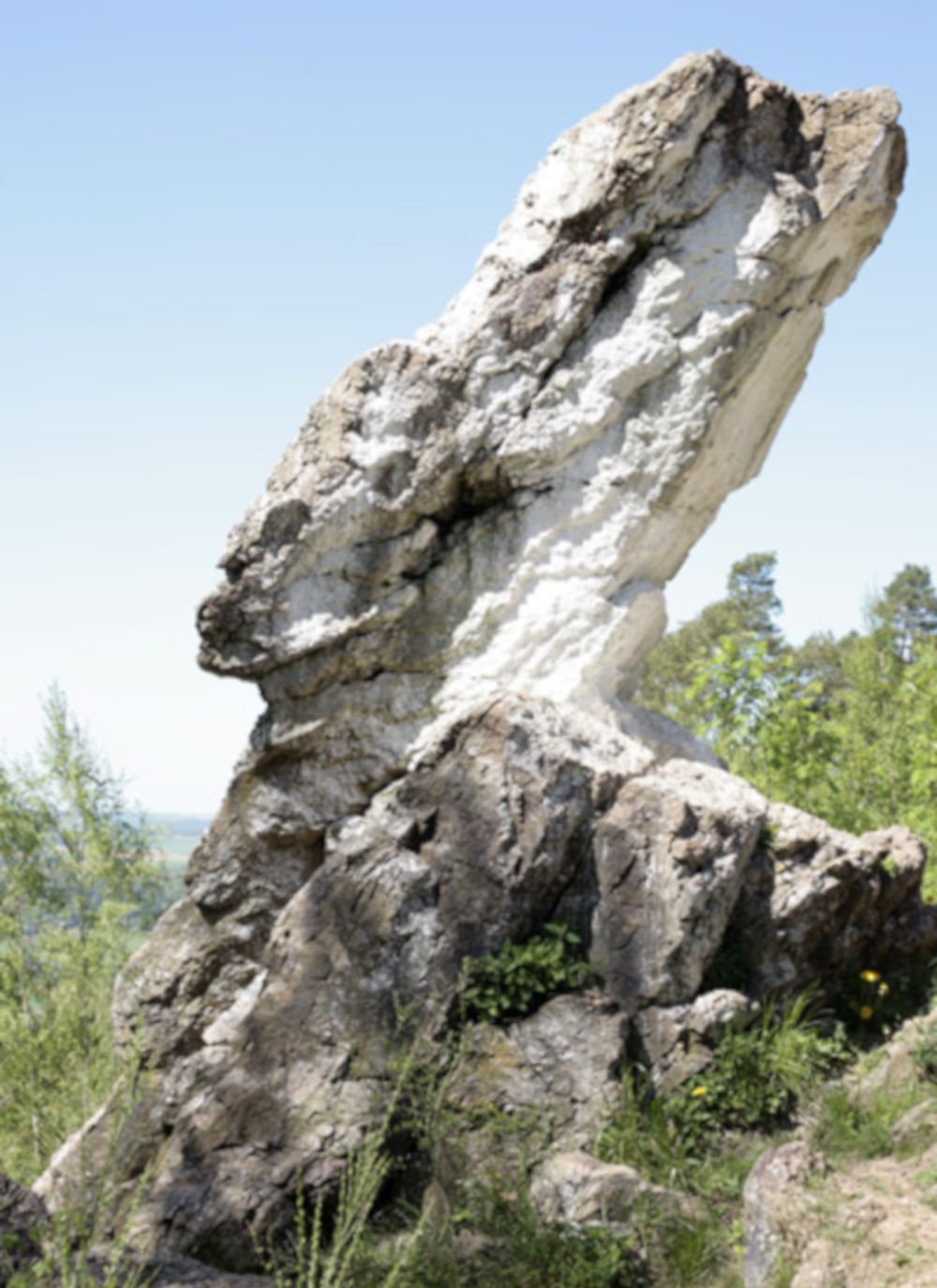 The Pierre Haina, sometimes also called White Menhir, is a natural rock in the municipality of Durbuy in the Belgian province of Luxembourg. It is one of the area's legendary stones, next to the Devil's Bed and the Pas-Bayard.

The rock has a striking shape: it protrudes like a stone pillar above the underlying rock. In this way, the rock forms a natural menhir but was probably worked once. The Pierre Haina is located 1.4 kilometres east of the Dolmen of Wéris and one kilometre northeast of the village of Wéris. The rock is located on a ridge on the east side of the valley in which Wéris is located.

In this valley, there are two dolmens and a number of other menhirs. The different megaliths in the area would form different alignments with each other that are parallel to each other.

The Pierre Haina was an important sighting point for the megalithic system in the valley. The high elevation rock is clearly visible from several of the megaliths. The rock was whitewashed annually with an equinox, making it even more visible from the environment. The boulder has a height of about three meters and is sloped with an angle of inclination of 60 degrees.