France
The Porte Noire de Besançon is a 16.56 m Gallo-Roman triumphal arch built under the Roman Emperor Marcus Aurelius in the 2nd century.
Want to visit
Undo
0
Been here
Undo
0 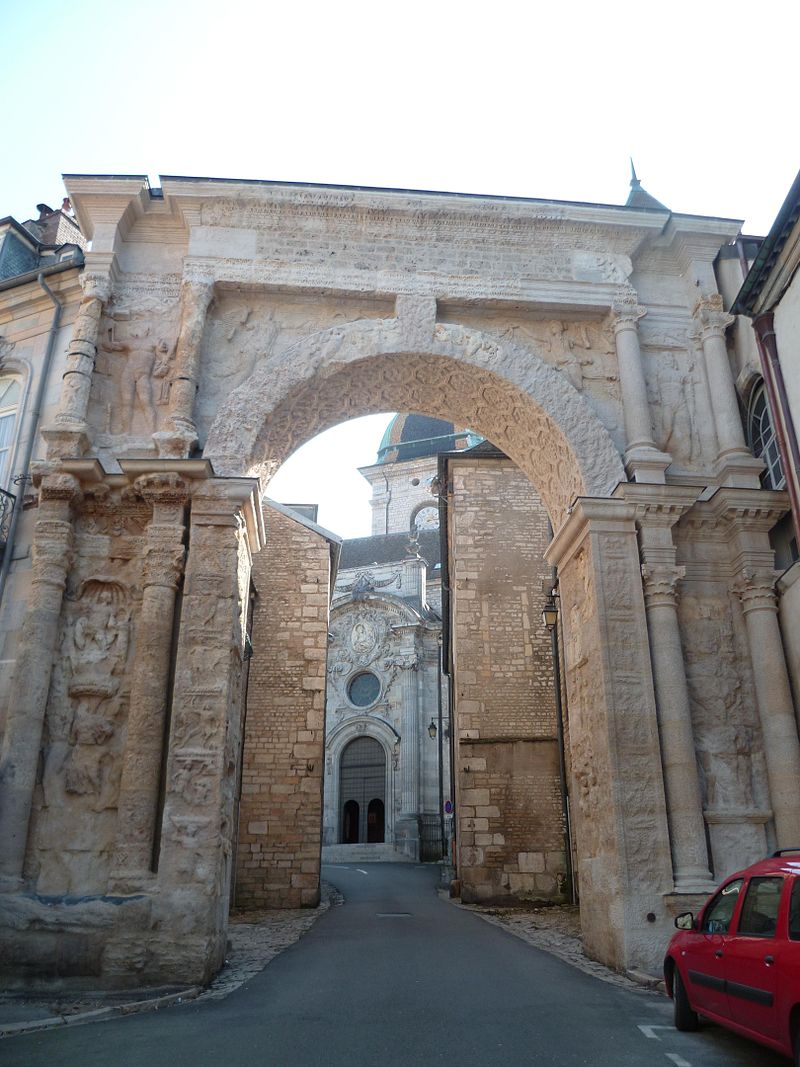 The Porte Noire de Besançon is a 16.56 m Gallo-Roman triumphal arch (buried 1 m by the levelling of time) built under the Roman Emperor Marcus Aurelius in the 2nd century, originally entirely decorated with fine sculptures depicting deities from Greek and Roman mythology and scenes of combat mostly erased by time. The door, probably one of the most beautiful monuments of Besançon at the origin, is today very damaged.