Germany
The Riesenstein (giant stone) of Wolfershausen is a megalith on the north bank of the Eder in the Felsberg district of Wolfershausen, Germany.
Want to visit
Undo
0
Been here
Undo
1 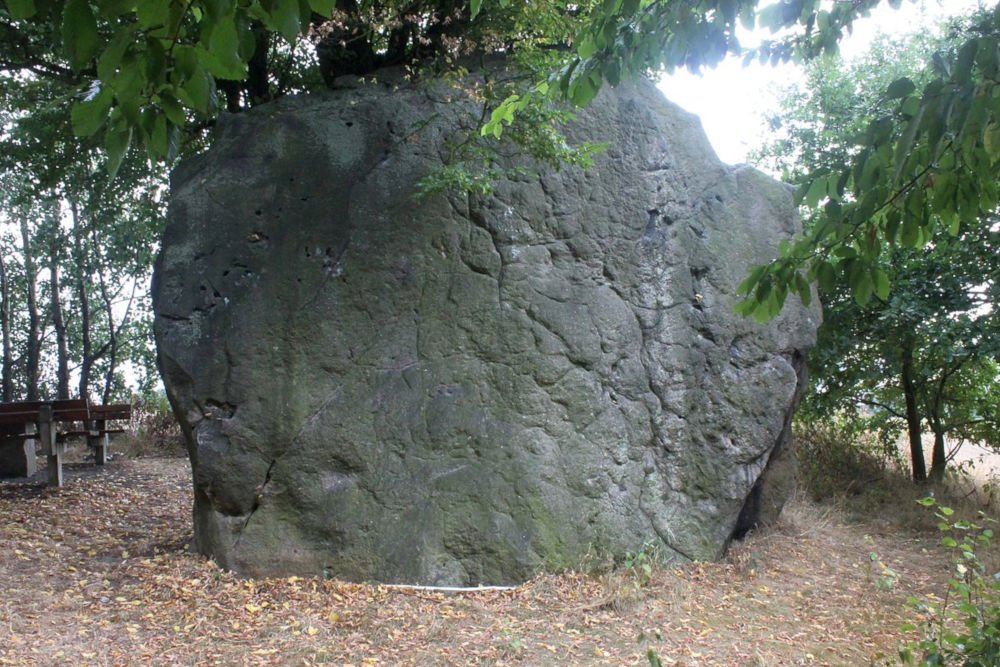 The Riesenstein has a height and width of four meters, is 1 meter thick and weighs about 25 tons. The stone is 65 million years old and was formed at the end of the Cretaceous Period.

The menhir was made in the 3rd millennium BCE and used as a place of worship by a peasant group from the Neolithic Age: during archaeological excavations, human bones from the Neolithic were discovered on its foot. In the Middle Ages, the menhir was said to have a healing and fertility-giving effect. In 1615 it was mentioned as the Großer Stein.

The popular story of a giant's stone-throwing is also told about the Wolfershausen menhir. The giant Lothar, who lived on the nearby Lotterberg, hurled the stone after the fleeing giant Kunibert, who had tried to kidnap Lothar's beloved Nagate to the Heiligenberg. The stone got stuck in Lothar's sleeve and hit a field north of the Eder.