Germany
The ring sanctuary Pömmelte is a place of worship from the end of the third millennium BCE that was first discovered in 2006.
Want to visit
Undo
1
Been here
Undo
0 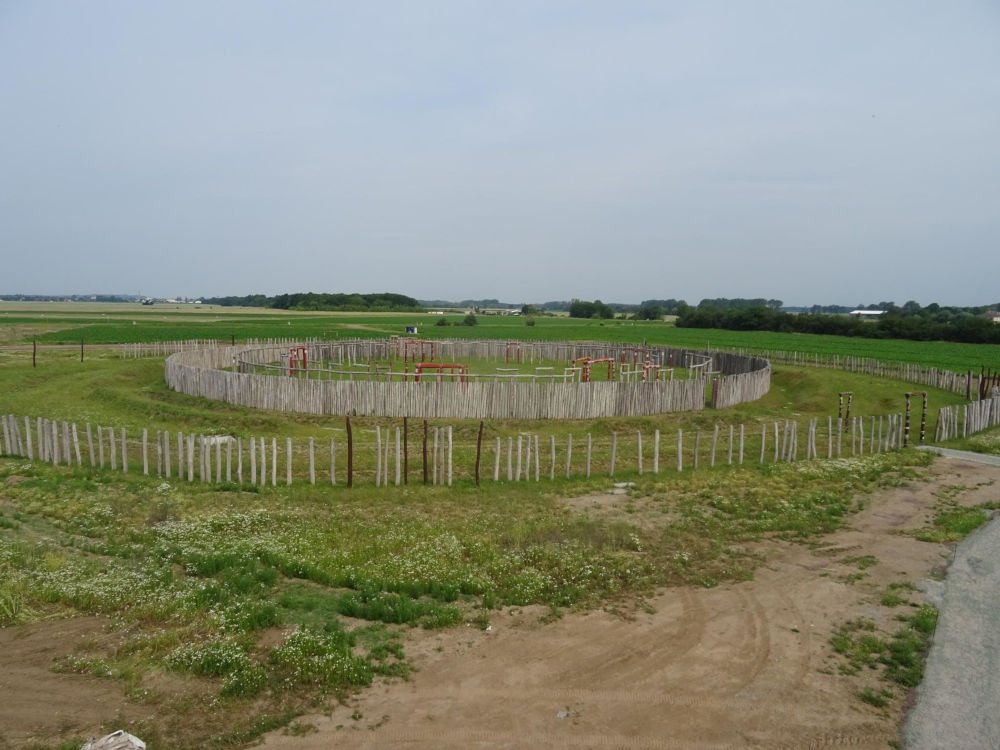 Among other things, landfill pits and ceramic remains as well as a round building with a diameter of 115 m were found at the site. It is possible that their construction also took astronomical principles into account. Like the Schönebeck district ditch (in the Salzland district), it was discovered by flight prospecting. In 2005/2006 geomagnetic investigations took place, which confirmed the aerial image structures and produced further ring systems, a smaller circular trench system overlaid by the large one, and a number of pits. The Pommelte-Zackmünde circular moat is a complex ritual site where a variety of religious acts were performed.

Since December 2015, the facility has been called the "Ringheiligtum Pömmelte". Together with the place where the Nebra Sky Disc was found, the Goseck district ditch, the Langeneichstädt large stone grave and the State Museum for Prehistory in Halle, it is a stop on the tourist route "Himmelswege".