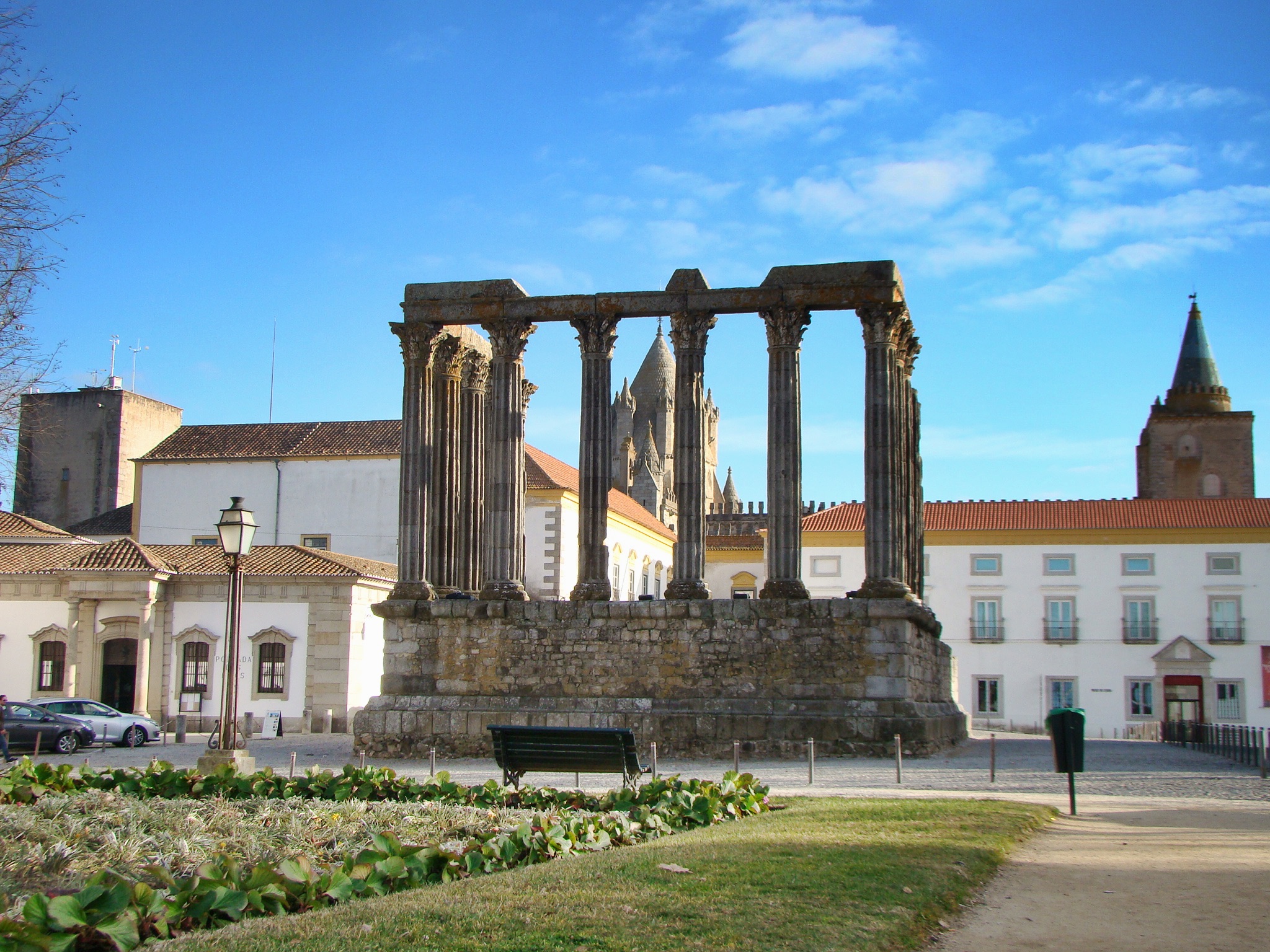 The Roman Temple of Évora, also known as the Temple of Diana, is a temple built in the 1st century CE by the Romans in what is today the city of Évora in Portugal. Wrongly attributed to the Goddess Diana because of a legend made up by a priest in the 17th century, archaeological analysis shows that it was actually either built in honour of Emperor Augustus or the God Jupiter.

The temple was mostly destroyed by the invading Germanic tribes in the 5th century CE. Its ruins were reused throughout history, such as being converted into a tower and more recently a butchery. This actually helped the remaining original structures of this temple to be preserved. In the 1870s, the medieval structures were removed so that we are left only with what remained from the Romans, which anyone can visit in the Historical Centre of Évora. It was classified by UNESCO as a World Heritage Site in 1986.