Luxembourg
The Schnellert is a pseudo-dolmen in the forest of the same name between Berdorf and Müllerthal near Echternach in Luxembourg.
Want to visit
Undo
1
Been here
Undo
0 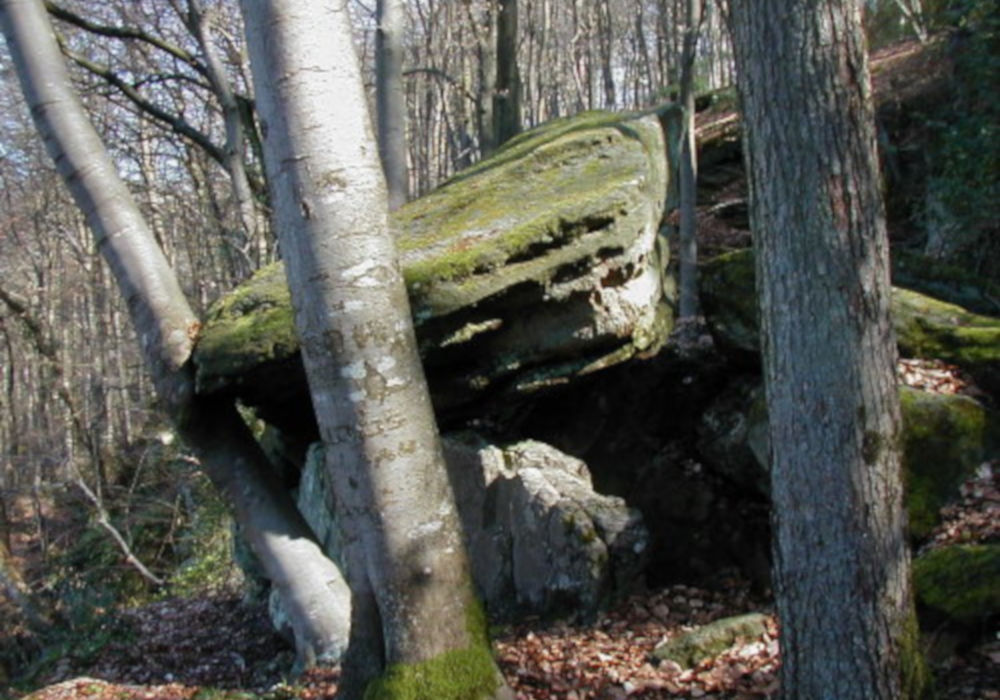 The Schnellert is a pseudo-dolmen in the forest of the same name between Berdorf and Müllerthal near Echternach in Luxembourg.

The pseudo-dolmen is a natural, coincidental, dolmen-like structure made of stone blocks, as is known from various other regions.

An approximately 50 centimetre wide, two meters long and one-meter high rectangular niche is closed on three sides by boulders. On the fourth side, it leaves a narrow entrance open. The niche is covered by a huge stone. At the first excavation in 1908 by Nicolas van Werveke, the structure was called a dolmen. A second excavation took place in 2000. In the pseudo-dolmen, an adult man and a child of about 12 years were buried around 2700 BCE. Apparently the dolmen form inspired Neolithic people to use the place.