Finland
Seid Kummakivi, which means "strange rock" in Finnish, is located in the forest near Imatra, Finland.
Want to visit
Undo
0
Been here
Undo
0 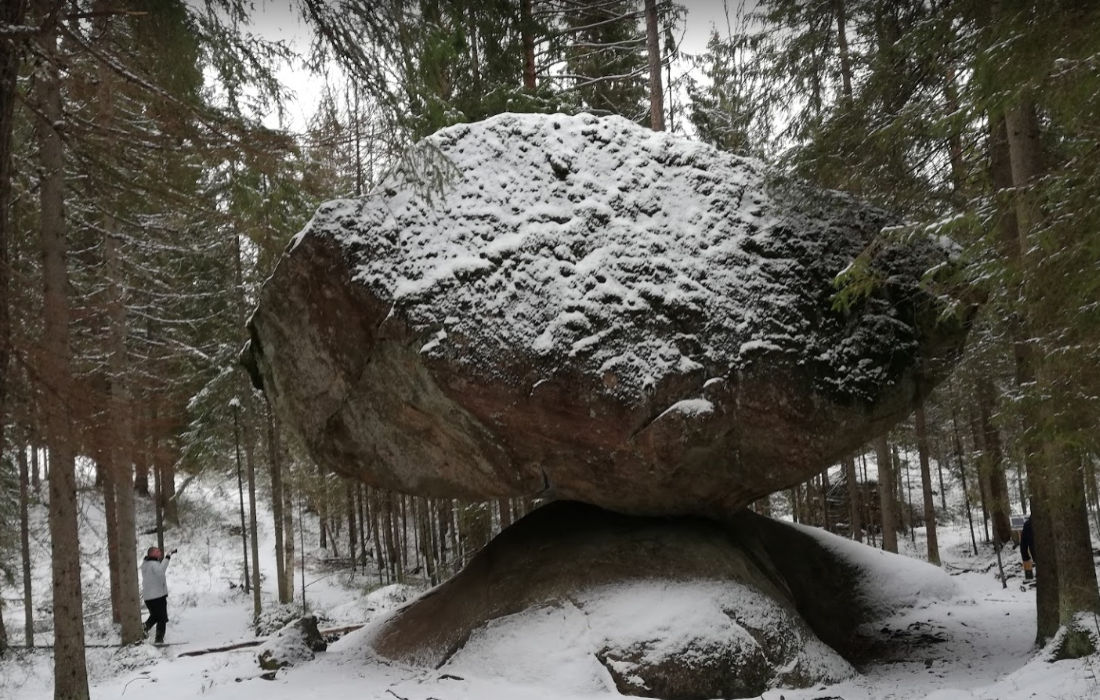 Seid Kummakivi, which means "strange rock" in Finnish, is located in the forest near Imatra, Finland.

Seids are sacred objects of a number of Northern European peoples, especially Finns and Sami. These objects may be unusual natural places that in ancient times attracted people's attention, caused them wonder and awe - and so they sometimes became ritualistic - a place of sacrifice.

Seids, similar to the Finnish rock Kummakivi, are usually found in Scandinavia, Karelia and the Kola Peninsula. They seem unstable, but at the same time inexplicably maintain their balance for thousands of years.

The versions of how the top stone landed on the bottom one differ, and researchers cannot reach a consensus if this phenomenon is purely natural. Geologists say the boulder could have brought a glacier - and as it melted, the stones slowly joined together.