Germany
The Siddernhausen dolmen is located between the villages of Dohnsen and Siddernhausen near Bergen in the Kelle district in Lower Saxony, Germany.
Want to visit
Undo
0
Been here
Undo
0 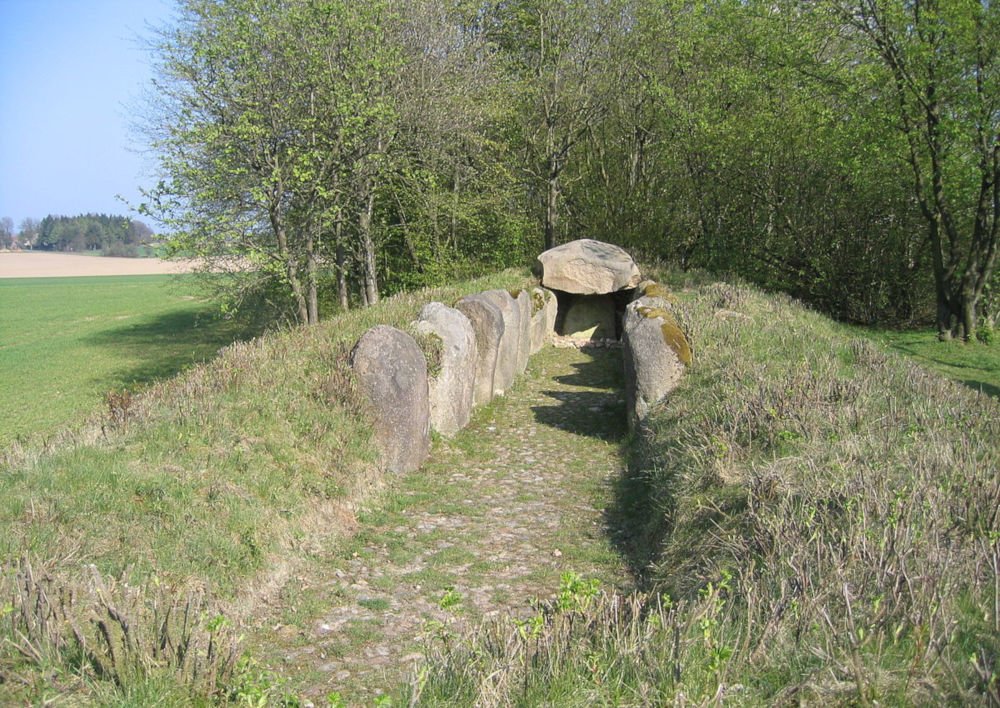 The Siddernhausen dolmen is located between the villages of Dohnsen and Siddernhausen near Bergen in the Kelle district in Lower Saxony, Germany.


Initially, the dolmen was located 500 m to the north. Excavations were carried out in 1977, after which the dolmen was reconstructed in a new place where it now stands.

The dolmen originated during the Neolithic and is said to have been destroyed in the 17th-18th century. At the time of the study of the monument by archaeologists, large stones, probably representing parts of a dolmen, were scattered in the field; some stones turned out to be covered with soil, others were carried away. A significant portion of the dolmen was lost as a result of the destruction.

During the excavations, it was discovered that the burial chamber originally consisted of 20-24 vertical stones and about 8 crown stones. The dolmen had a side entrance; this type of tomb is known as a passage grave. The gaps between the vertical stones and the cornice were filled with dry masonry. The entire tomb appears to have originally been covered with an earthen mound and has been in use for generations. The deceased were placed on the floor of the burial chamber and their jewellery, ceramics and everyday objects were placed with them for a life in another world.