United Kingdom
The Stanydale Temple is a Neolithic hall located near Stanydale, nearly five kilometres southwest of Bixter in the Shetland West Mainland.
Want to visit
Undo
0
Been here
Undo
0 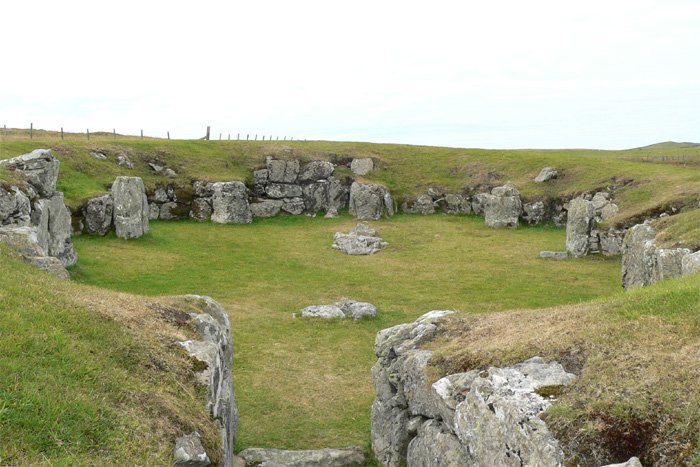 The Stanydale Temple is a Neolithic hall located near Stanydale, nearly five kilometres southwest of Bixter in the Shetland West Mainland (Scotland). The building was part of a settlement of which four houses have been found.

The walls of the temple, up to four meters thick, have been restored to a height of 1.5 meters. The entrance is formed by a small corridor that opens into a large oval space with six alcoves, which are placed symmetrically and separated from each other by protruding walls. There was no central fireplace, but small peripheral fireplaces.

In the centre of the north-south axis of the hall there are two stone-lined holes in which wooden posts were placed that supported the (wooden) roof. The posts were made of spruce, presumably driftwood, as spruce was not found on Shetland at the time.