Sweden
Stenehed is an area with ancient monuments in Hällevadsholm, Sweden. In addition to a burial ground and a shipwreck, there are nine monumental stones erected on a long row.
Want to visit
Undo
3
Been here
Undo
0 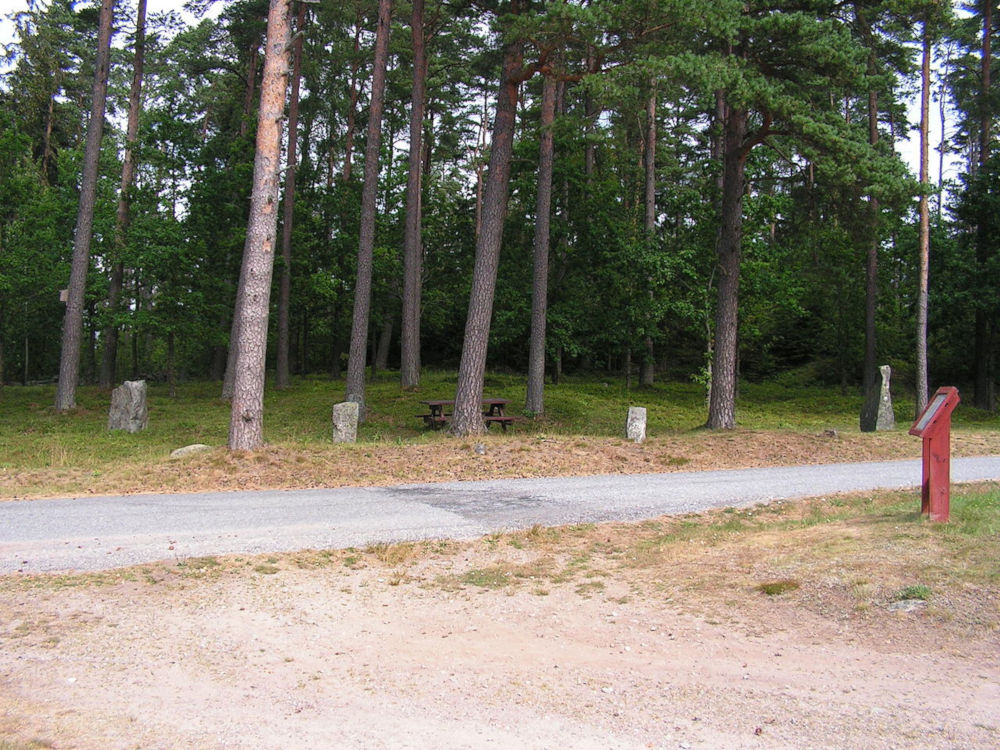 Stenehed is an area with ancient monuments in Hällevadsholm, Sweden. In addition to a burial ground and a shipwreck, there are nine monumental stones erected on a long row. Originally there were eleven or twelve stones.

Among the legends that exist about the place, the most famous is the one about the meeting between King Rane and Queen Hud. Impressed by the king's courage, the queen had promised him her hand. When she and her entourage arrived at Rane, at the height where Svarteborg's church is now located, he had changed. She must then in anger have burned down the castle and said: "Until now you have been called Raneborg but from now on you will be called Svarteborg". The king was avenged by first murdering the queen and then her fleeing bridal party at the place now called Stenehed. According to legend, the row of stones was erected in memory of the killed people. According to legend, Queen Hud is buried at the farm Hud in Tanum municipality, about ten kilometres northwest of Stenehed.