Germany
The Svantevit statue on Rügen is a modern recreation of a statue that is believed to have been part of an ancient holy place of the Slavs.
Want to visit
Undo
0
Been here
Undo
0 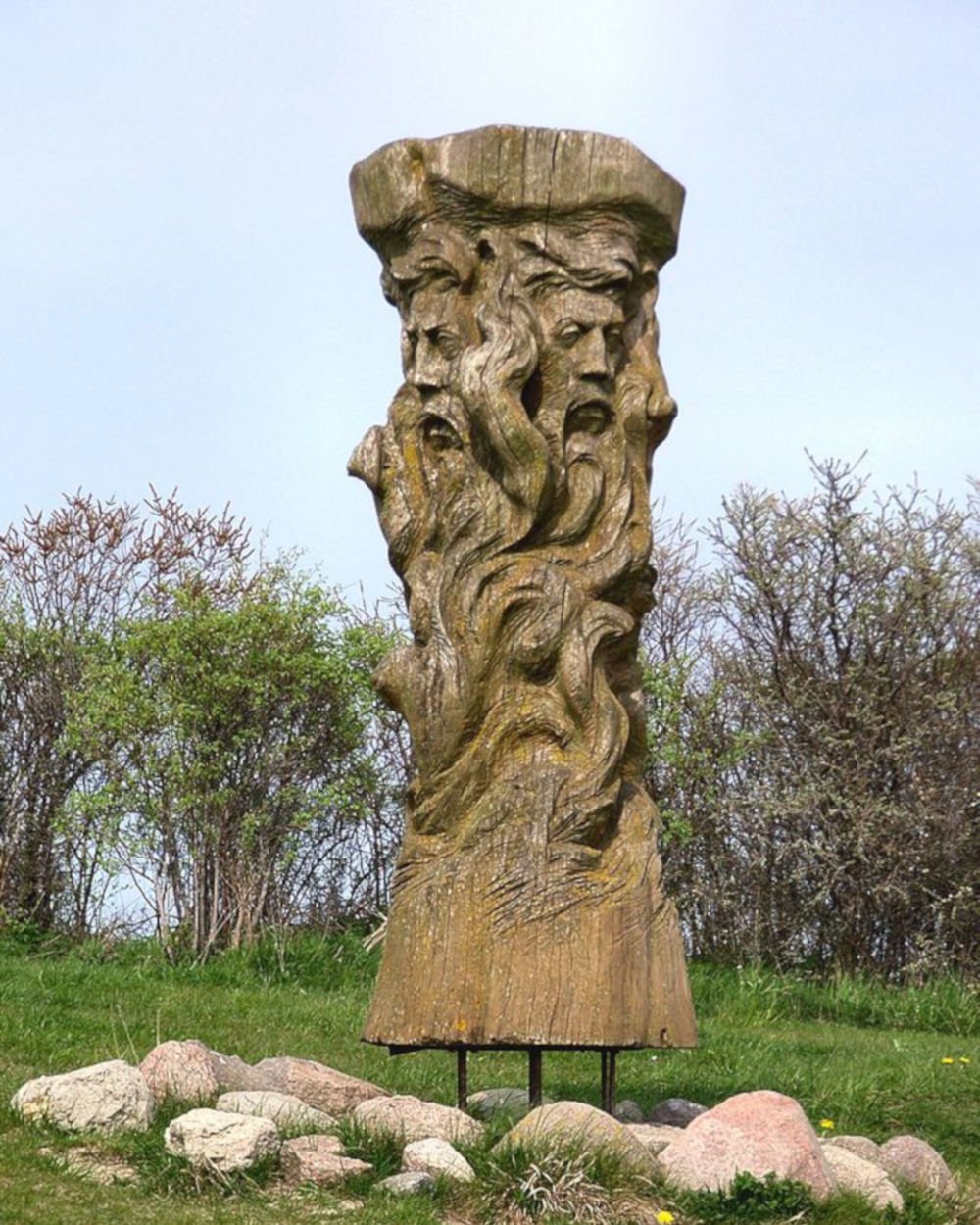 The Svantevit statue on Rügen is a modern recreation of a statue that is believed to have been part of an ancient holy place of the Slavs.

On Cape Arkona on the island of Rügen, there was a wooden statue that represented Svantevit with four faces and a horn filled with wine. The statue was in a square, column-supported temple inside the Jaromarsburg. The sanctuary was considered the spiritual centre of the Slavs and in particular of the Ranen residing on Rügen. It was destroyed in 1168 by the Danish King Waldemar. A stone relief, which is in the church of Altenkirchen on Rügen and which one could assume that it depicts Svantevit, also shows a male figure with a large drinking horn. It is more likely, however, that this is a priest of the deity.

Because of the progressive demolition of the high bank, archaeological emergency excavations have been taking place on Rügen again for several years, which surprisingly found the location of the Svantevit temple. It is a rectangular area that was completely free of finds, but around which all the more finds were to be found, which point to offerings and (victoriously destroyed?) Weapon parts. This also coincides with the detailed description by Saxo Grammaticus, which states that the priest was not even allowed to breathe inside the temple so as not to contaminate it.