Temple of Dionysus on Naxos

Greece
The temple of Dionysus on Naxos was an ancient shrine dedicated to Dionysus on the island of Naxos in Greece.
Want to visit
Undo
0
Been here
Undo
0 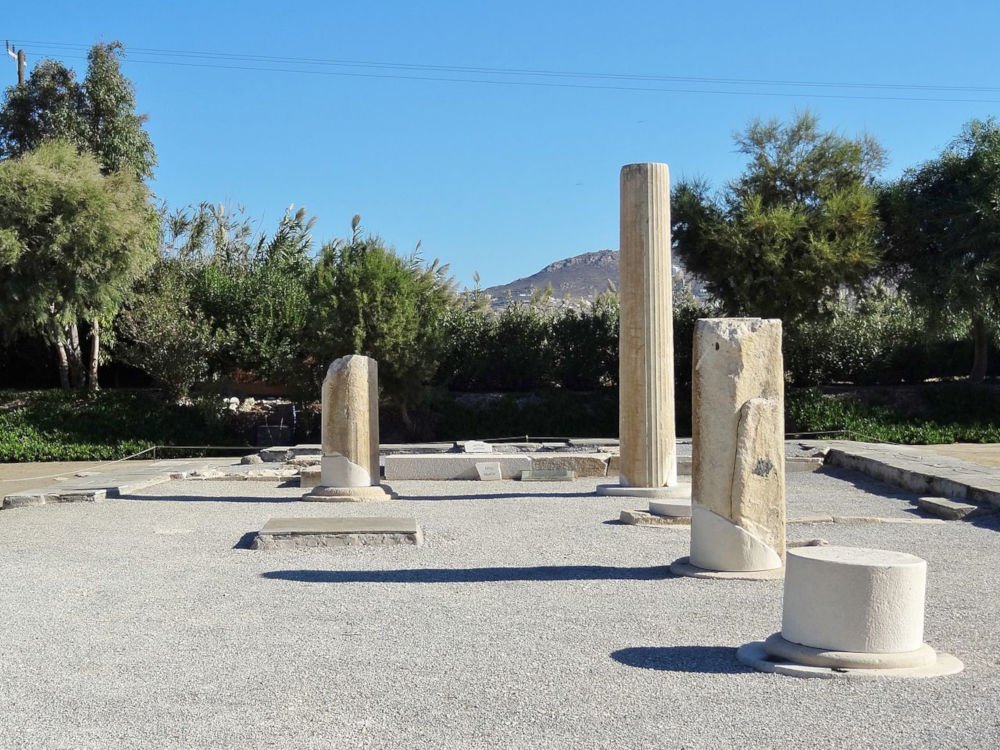 The temple of Dionysus on Naxos was an ancient shrine dedicated to Dionysus on the island of Naxos in Greece. Its archaeological site is located in Ýria, near the village of Glinádo.

The place of the temple has been in cult use at the latest during the Mycenaean period in the 14th and 11th centuries BCE. The cult was originally practised outdoors and continued as such until about 800 BCE. until. At that time, the first temple building was built on the site. Since then, there have been a total of four different shrine buildings on site.

The cult of Dionysus was associated with wine and feasts. In Greek mythology, Dionysus influenced Naxos, among others, and married Ariadne, who had been rejected by Theseus. Studies have shown that the building has been used as a ceremonial holding, meaning meals associated with the feast of Dionysus have been enjoyed there.