Italy
The so-called Temple of Minerva Medica is a building of ancient Rome, located between Via Labicana and the Aurelian Wall, exactly in the line of Anio Vetus, in Rome, Italy.
Want to visit
Undo
0
Been here
Undo
0 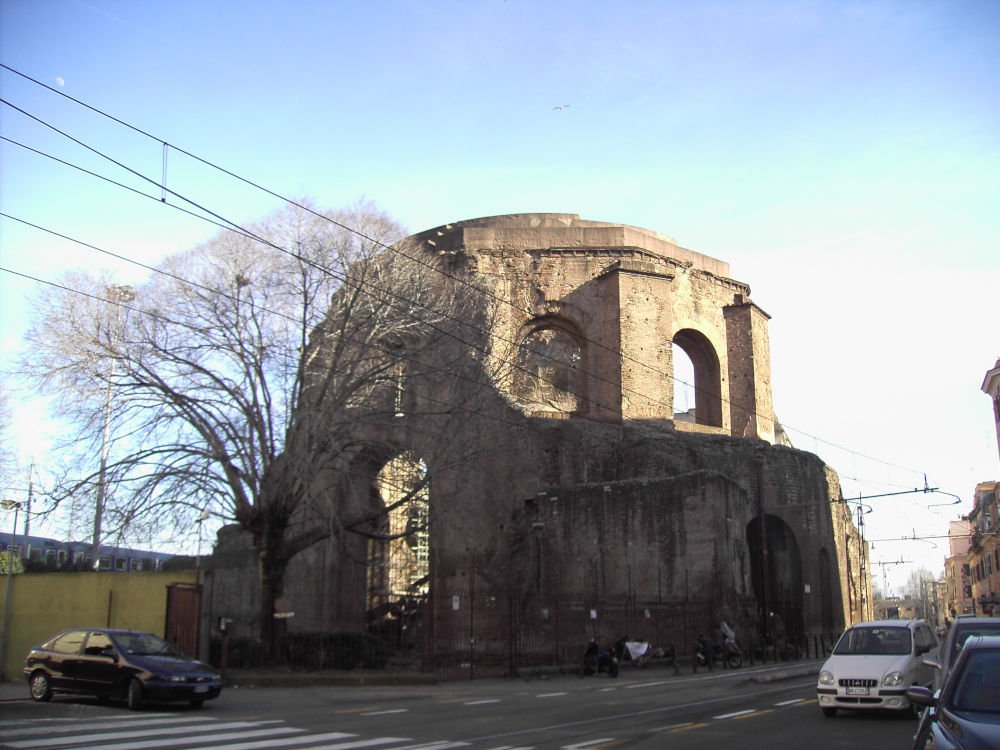 The so-called Temple of Minerva Medica is a building of ancient Rome, located between Via Labicana and the Aurelian Wall, exactly in the line of Anio Vetus, in Rome, Italy. Today the ruin is on Via Giolitti.

The building was a nymphaeum that may have belonged to the Horti Liciniani, the gardens of the Licinians. The nymphaeum, built in the late 3rd or early 4th century from opus latericium, whose once well-preserved dome only collapsed in 1828, was subsequently surrounded by additions of unknown time and is not known from written sources.

The decagonal central building has a diameter of around 24 meters and is around 33 meters high. Its interior walls are divided by nine niches in the lower wall area to the left and right of the door. There are ten arched window openings above this and above the entrance. Both the inner and outer shell of the walls were originally covered with marble. The inside of the dome was decorated with mosaics, the floor with strips of porphyry and mosaics.

The building was named the Temple of Minerva Medica because it was mistakenly believed that Athena Giustiniani was found here.