Temple of the Sibyl 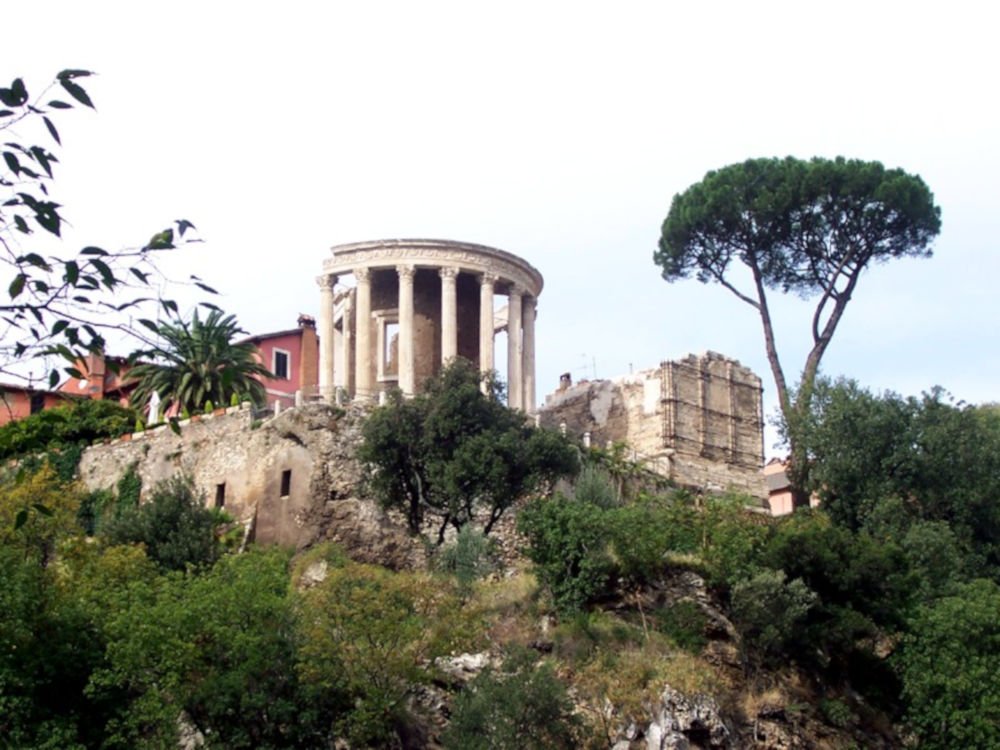 The temple was built in the 2nd century BCE on the acropolis of ancient Tibur.

In the Middle Ages, a church was established inside the temple, which was consecrated to Saint George and was first mentioned in 978 CE. The frescoes of the church, which could be seen until the beginning of the 20th century, have disappeared.

The temple is traditionally assigned to the Sibylle Albunea, since ancient sources, for example Horace, mention her sanctuary in the Anienetal area. In fact, however, it is not certain which deity was worshipped here. Also proposed are Tiburnus, namesake and son of the founder of the city Catillus, or Hercules.