Italy
The Temple of Vesta (Latin: aedes Vestae) was the central sanctuary of Rome in the Roman Forum. It was located behind the Caesar and Castor temple.
Want to visit
Undo
0
Been here
Undo
0 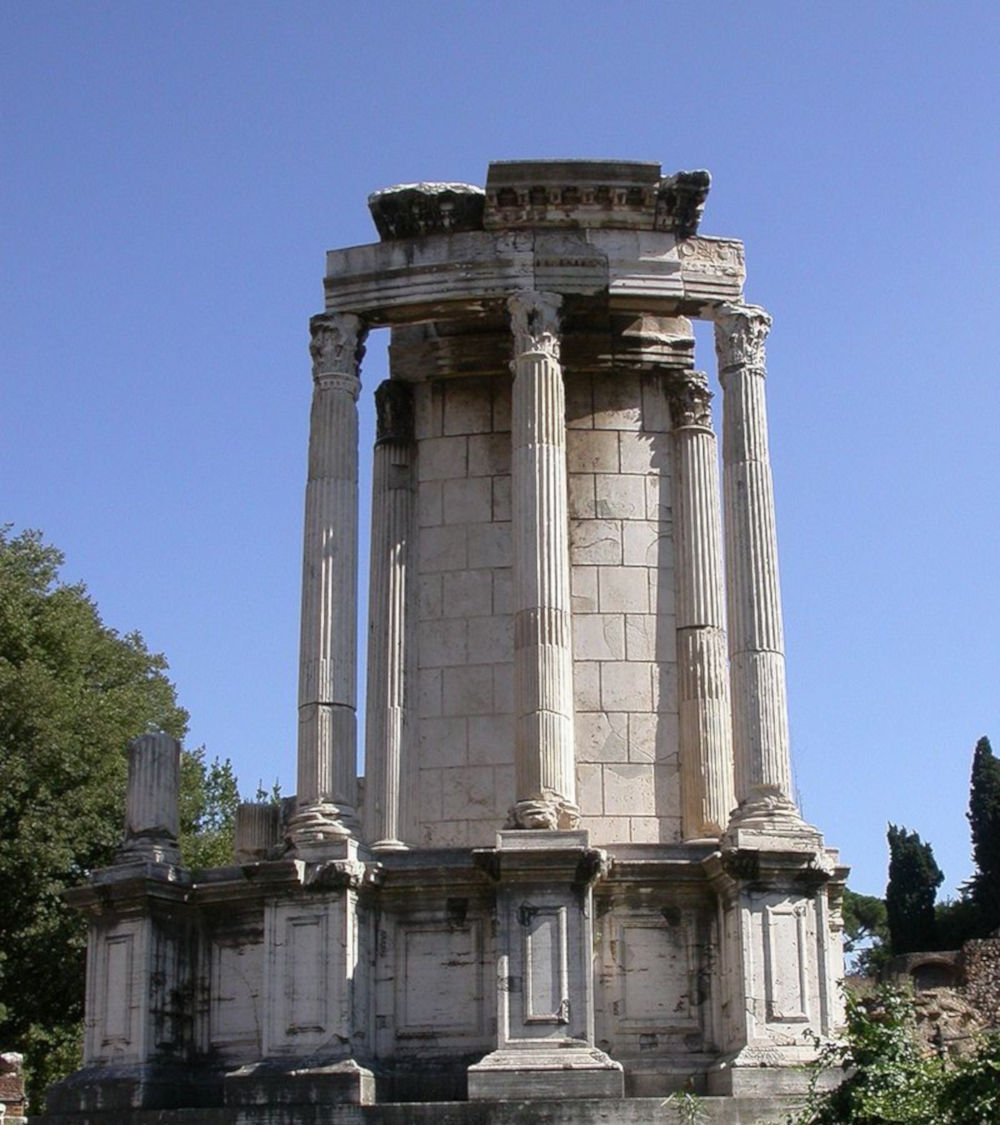 The Temple of Vesta (Latin: aedes Vestae) was the central sanctuary of Rome in the Forum Romanum. It was located behind the Caesar and Castor temple.

The sacred fire of Vesta burned in it and was guarded by the six Vestal Virgins. The temple is assigned to the Tholos type. According to tradition, the temple went back to the second king of Rome, Numa Pompilius, and had the shape of a round hut, which should be reminiscent of the first Roman dwellings. In the middle of its roof, there was an opening for the smoke outlet of the fire. Inside the temple were kept the penates of the state, various items that Aeneas allegedly saved from Troy, including the Palladion, an ancient statue of the goddess Pallas Athene (Minerva).

The sacred interior of the temple was only allowed to be entered by a few people such as the Vestals or the Pontifex Maximus. Because of its inviolability, it was also a popular repository for wills and contracts. Otherwise, the temple was open to the public; men were only forbidden to enter the temple at night, presumably to ensure the chastity of the vestals.