Italy
The Templum Pacis (meaning Peace Temple) was a temple in ancient Rome; it stood on the Forum Pacis, north of the Aemilia basilica.
Want to visit
Undo
0
Been here
Undo
0 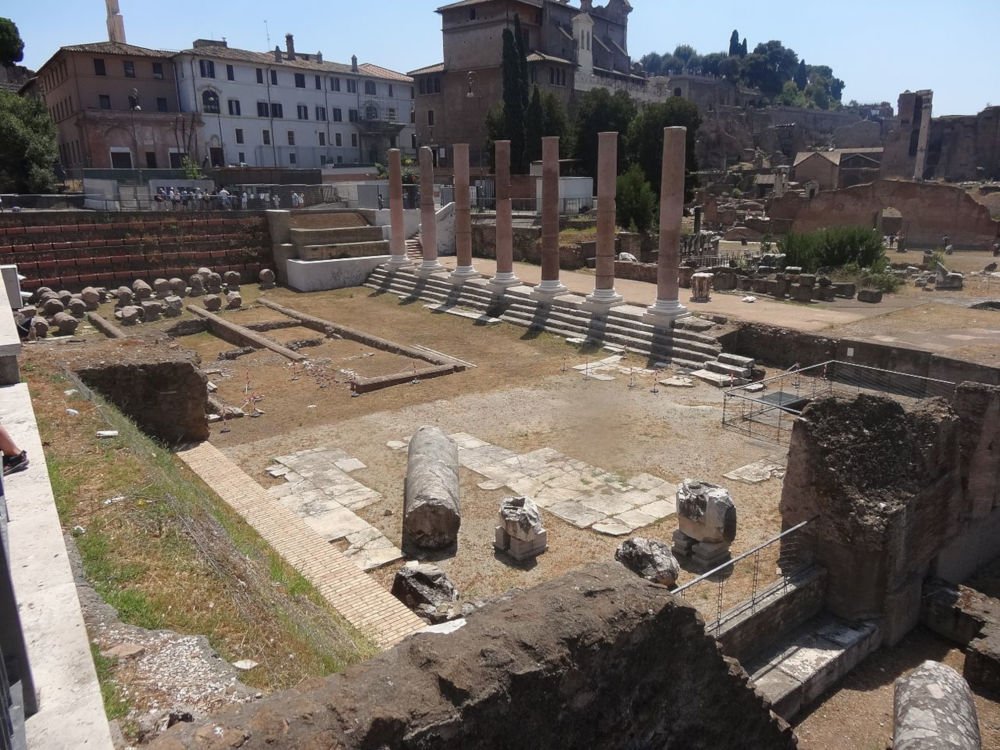 The Templum Pacis (meaning Peace Temple) was a temple in ancient Rome; it stood on the Forum Pacis, north of the Aemilia basilica. Only the southeast part of the Forum Pacis - today's Via dei Fori Imperiali, opposite the confluence of Via Cavour - has been excavated.

The complex was started by Vespasian after the conquest of Jerusalem in 71 CE and inaugurated in 75. In the temple was the Library of Peace (Bibliotheca Pacis), which contained many looted items from Vespasian from Jerusalem and famous works by Greek artists. Pliny (naturalis historiae 36, 102) described this temple, the Basilica Aemilia and the Augustus Forum as the three most beautiful buildings in Rome.

Shortly before the death of Commodus, the temple was destroyed by fire in 191 CE, but it was rebuilt by Septimius Severus. At the time of Septimius Severus, the temple probably housed the land registry of the city of Rome. This was decorated with an extraordinarily large map of Rome, the "Forma Urbis Romae". In the centuries after the rebuilding, the temple was once again described as one of the most beautiful buildings in Rome. It gave the city's fourth district its name. It is not entirely clear when the temple was destroyed. In 408 there were seismic tremors at the Forum Pacis for seven consecutive days and the building may have been weakened or collapsed as a result. Procopius wrote in the 6th century that the temple had been destroyed by lightning a long time ago. However, many works of art were still displayed in its vicinity.