France
The cairn of Barnenez (Kerdi Bras in Breton) is a megalithic monument from the Neolithic located on the north coast of Finistère, in Brittany.
Want to visit
Undo
0
Been here
Undo
1 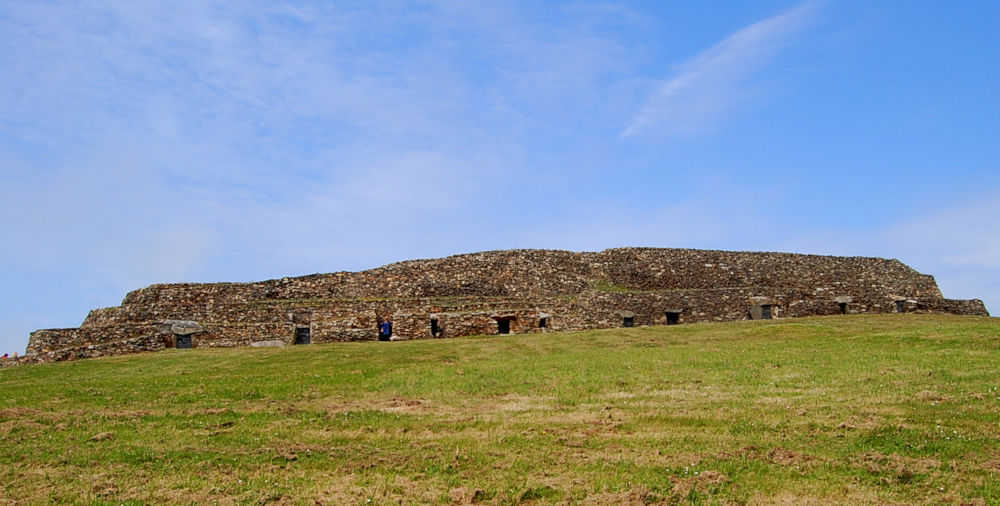 The cairn of Barnenez (Kerdi Bras in Breton) is a megalithic monument from the Neolithic found at a place called Barnenez in the town of Plouezoc'h, on the north coast of Finistère, in Brittany. With a length of 75 meters, it actually consists of two dry stone cairns joined together, which cover eleven passage dolmens. This ensemble is the largest megalithic mausoleum after that of Newgrange and, with the cairn III of Guennoc, the oldest monument in Europe.

The construction of the primary cairn is from the same era as the Saint-Michel mound, which is located in Vannetais, and the Bougon site, in Poitou, namely the beginnings of Atlantic megalithism. It dates to around 4700 BCE.

The construction of the secondary cairn, an enlargement, begins around 4300 BCE, that is to say after the fall of the Grand menhir, and ends around 4200 BCE. The remains of a third cairn, Kerdi Bihan, smaller and badly damaged, are about a hundred meters northwest of Kerdi Bras. They were only partially searched. Some remains of a destroyed dolmen were discovered there.