Portugal
The Tholos do Barro is a Copper Age domed tomb made of block masonry. It is located on the east side of a widely visible Marian shrine on Monte da Pena, Portugal.
Want to visit
Undo
0
Been here
Undo
0 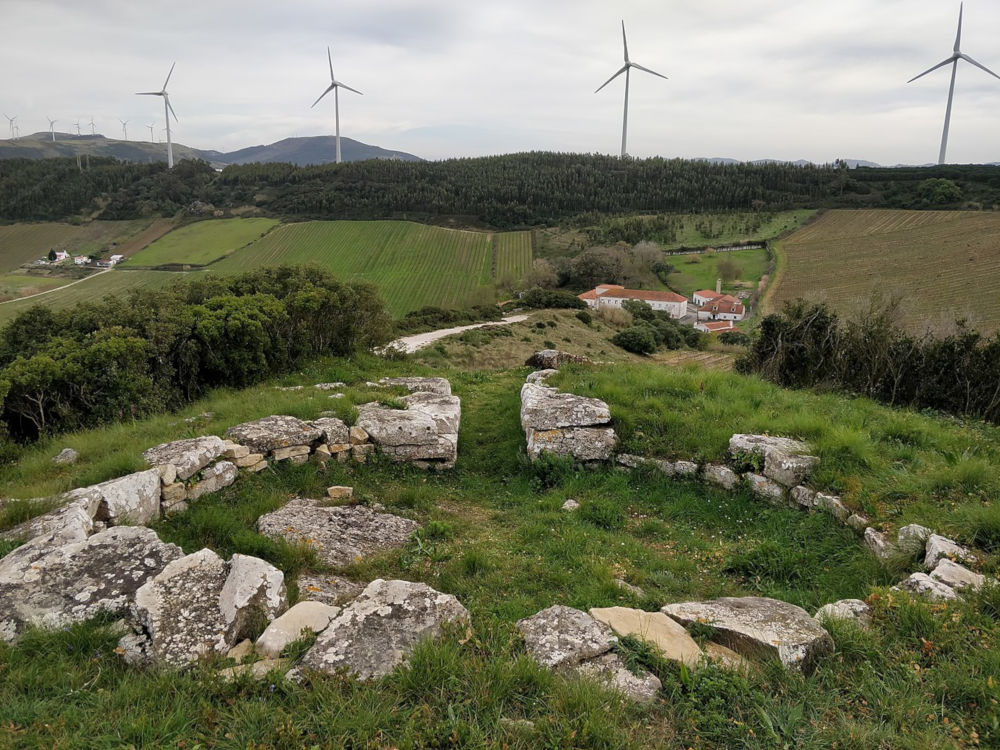 The Tholos do Barro is a Copper Age domed tomb made of block masonry. It is located on the east side of a widely visible Marian shrine on Monte da Pena, near an old quarry near the village of Barro near Torres Vedras, about 45 km north of Lisbon in Portugal.

From the round domed grave made of limestone masonry, up to seven rows of the enclosure have been preserved. The mound was 13 m in diameter. If one consults the findings from the new excavation in the necropolis of Alcalar (Portimão), this could also have been a two-tier cairn.

The wall of the chamber, six meters in diameter, is still about one meter high. In places, you can still see the beginning of the wrong dome.

Chamber, passage and antechamber together have a length of 9.7 m. The inner corridor is two meters long and 90 cm wide. In front of it (still within the hill) there is a 1.70 m long and 1.50 m wide antechamber. At a right angle to the entrance are the remains of a wall made of limestone blocks over a length of approximately 2.70 m on both sides, which are interpreted as the remains of a forecourt or an exedra.

The grave was excavated in 1908 by Paolo Bovier-Lapierre and E. Jalhay, but remained unpublished. The finds include devices made of rock (amphibolite, diorite, granite), limestone idols and vessels, a slate stick, as well as ceramics, bone objects and jewelry, but also a copper dagger and metal rings. The finds, which also come from the nearby settlement, are in the Museu Nacional de Arqueologia in Lisbon. Nearby is the Cabeço da Arruda site.