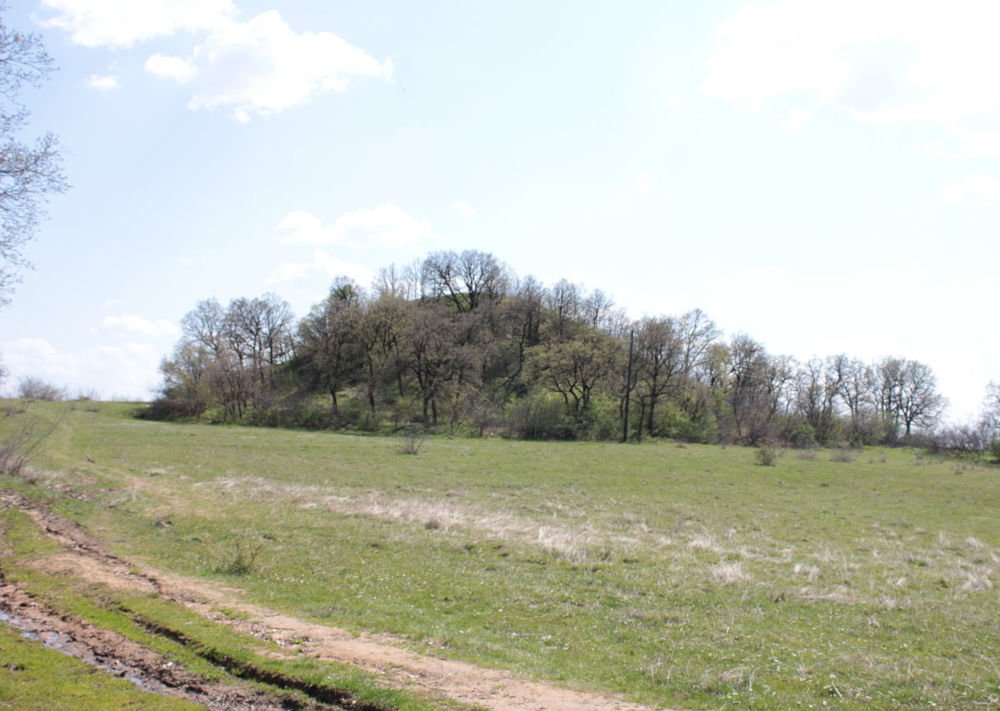 The tomb was discovered accidentally on December 17, 2000, when a machine was moving the earth. Later looters entered the tomb, damaging some of its frescoes. In 2001 Bulgarian archaeologist Georgi Kitov led a preventive excavation of the tomb, uncovering a round chamber about three meters in diameter, accessible through a small antechamber and a tunnel about six meters long.

Both the antechamber and the main chamber are decorated with well-preserved frescoes reflecting the artist's knowledge of Late Classical and Early Hellenistic art. The fresco in the main chamber depicts a hunting scene in which a wild boar is attacked by a hunter on horseback and a naked man with a double-edged ax. The double ax is interpreted as the representation of royal power, and the naked man as the representation of Zalmoxis, the Thracian solar god corresponding to Zeus. A graphite in the chamber, inscribed with the Thracian name "Kozemases", indicates the name of the patron of the tomb or its artist.

The wall paintings show the change in appearance due to Greek influence. In the wall paintings beards, tattoos, capes, boots, hats and bows have disappeared. Greek footwear replaces their boots. The tomb may be that of Tribalo. Other changes are also observed, such as the fact that the Thracians wear gold or bronze torcs around their necks (usually three).