Bulgaria
The Thracian Tomb of Sveshtari in northeastern Bulgaria is a royal grave from the 3rd century BCE.
Want to visit
Undo
1
Been here
Undo
0 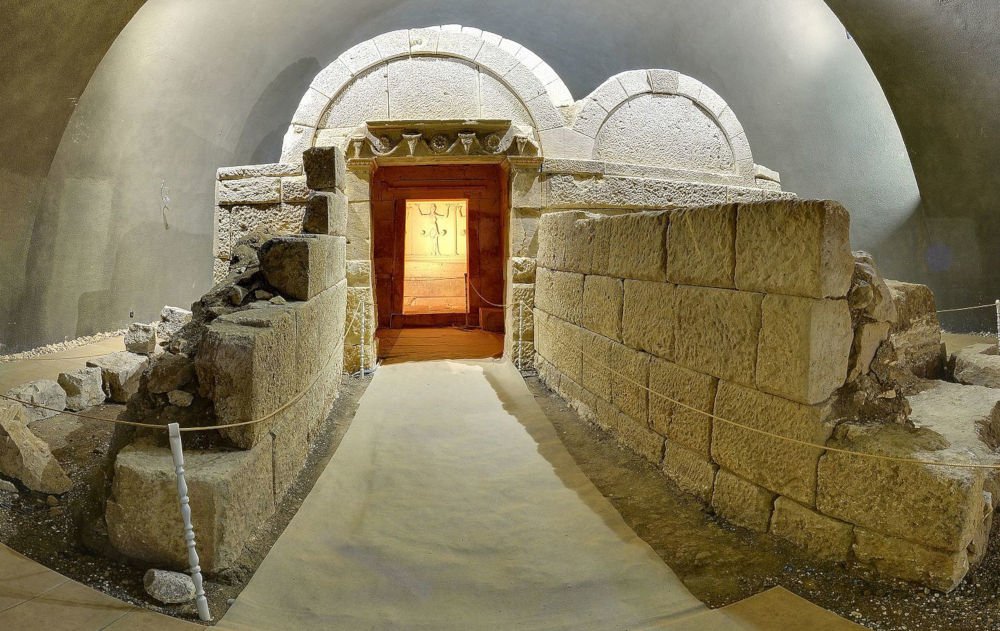 The grave from the 3rd century BCE Was discovered in 1982. The half-human, half-vegetable caryatids are particularly unique. It is believed that it is the tomb of the Getic king Dromichaites.

The grave stands free on the top of a hill, just a few kilometres from the ancient city of Helis. The entrance faces east. The grave is assembled from massive, hewn stone blocks. Iron construction clips were occasionally used. Each of the three chambers has its own barrel vault. There is a burial chamber, offering chamber and antechamber. The main chamber contains two couches, one for the king directly opposite the entrance and a smaller one on the right side for the queen. Directly in front of the king's couch was a 2 × 2 m stone portico in the middle of the room, which was closed with stone slabs. It is believed that it should represent a symbolic separation between this world and the hereafter. The frieze is decorated with alternating animal heads and flowers. Numerous grave goods were found in the antechamber and the sacrificial chamber, including the remains of several horses. Some of the additions and finds were brought to the archaeological and anthropological museum in Sofia. The antechamber was walled up to the outside. The entrance was flanked by a small wall to the left and right.

To preserve the grave, the mound was completely removed. Then a concrete bell was poured next to it and driven over the grave on rails. Then the mound was backfilled. After the restoration, the portico was not rebuilt in its old place, but on a wall outside the tomb. In the original position, it would have prevented a view of the burial chamber.