Greece
The Tomb of Atreus, also called Treasury of Atreus and Tomb of Agamemnon, is the most monumental domed tomb that is known in Greece.
Want to visit
Undo
0
Been here
Undo
0 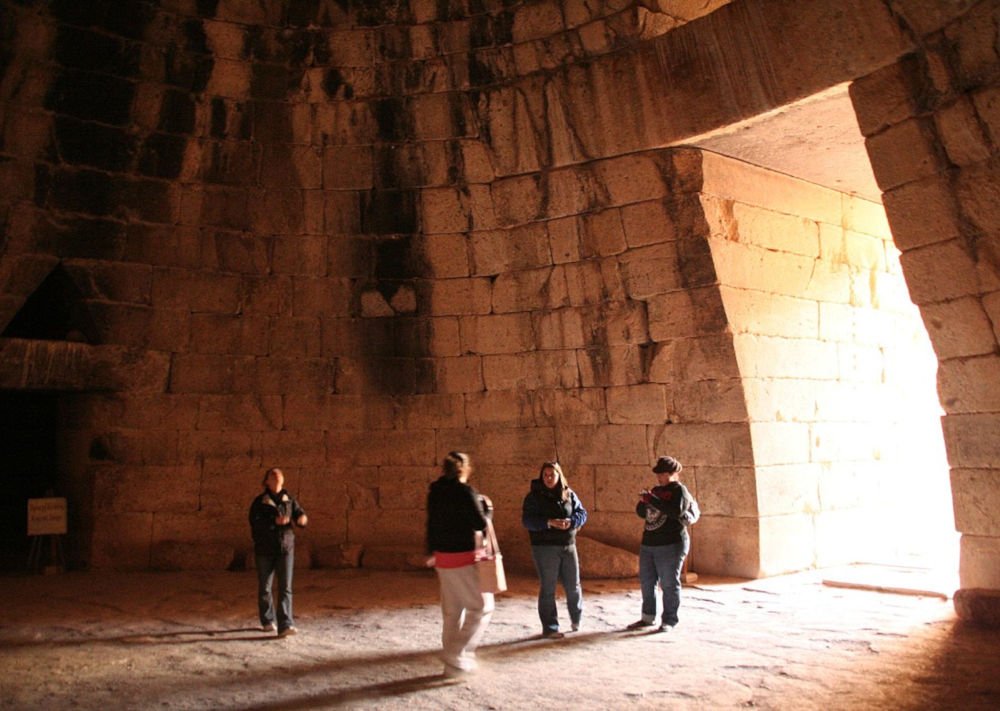 The Tomb of Atreus, also called Treasury of Atreus and Tomb of Agamemnon, is the most monumental domed tomb that is known in Greece. It is in the vicinity of Mycenae, and at first it was attributed to Atreus, the father of the great king Agamemnon, the visible head of the war of the Achaeans against Troy.

The tomb is dated to the 13th century BCE, and as such, this tomb belongs to the Creto-Mycenaean art. It follows the model spread throughout the Mediterranean of the tomb preceded by a corridor. In this case, it has two chambers, highlighting the "false dome" of the largest one. It is obtained by means of concentric rows of ashes that reduce the space, so that its pressures are vertical and not oblique, as in a real vault. The British Lord Elgin took a part of the columned entrance to his country, where it was exposed in the British Museum.