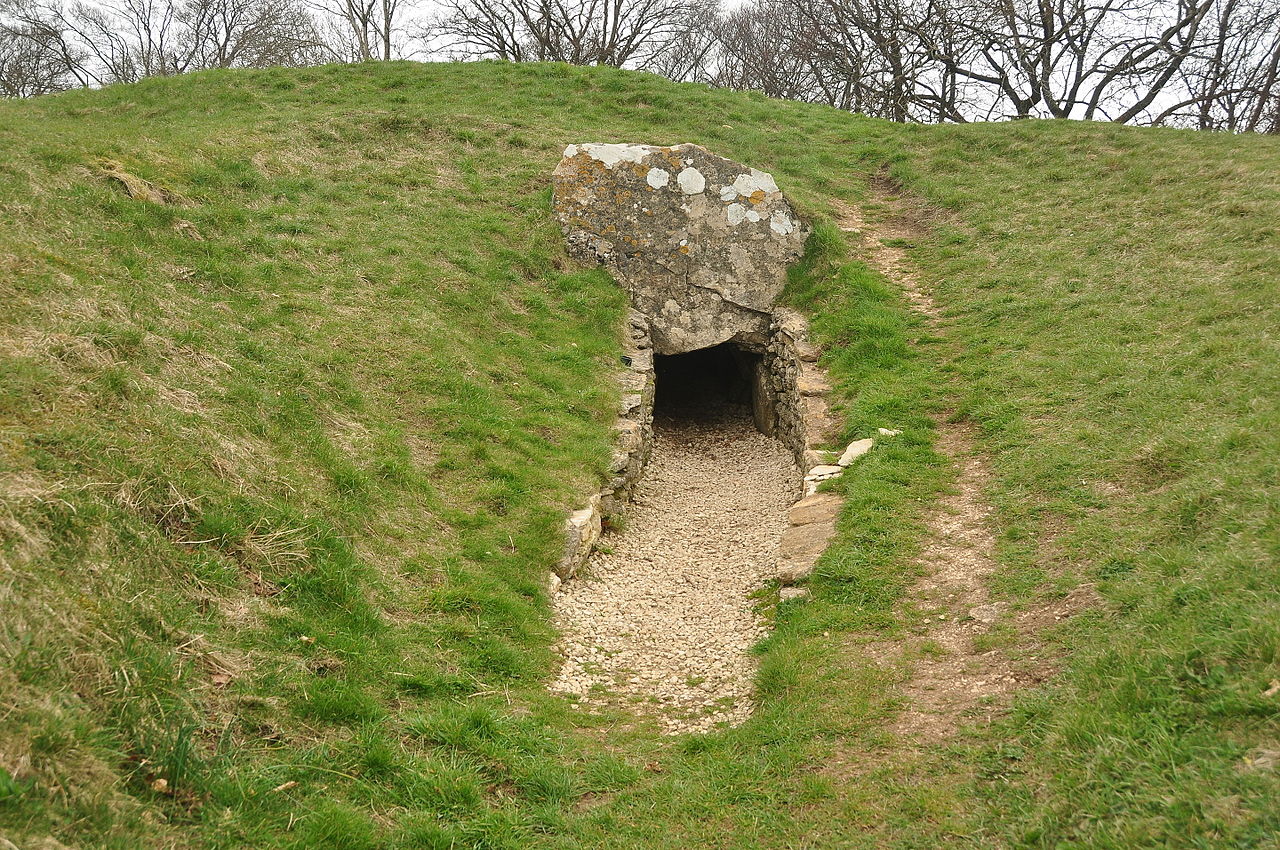 Built sometime before 3000BCE Uley Long Barrow, called Hetty Pegler's Tump locally after the wife of the 17th century land owner, is not actually a Long Barrow but in fact a Gallery grave and part of the 'Severn-Cotswold' grouping.

Many skeletons and have been found over numerous excavations, as well as a much later Roman burial.

There is a small crude car parking space at the entrance to the field in which it is located, which is directed to by nearby road signs.