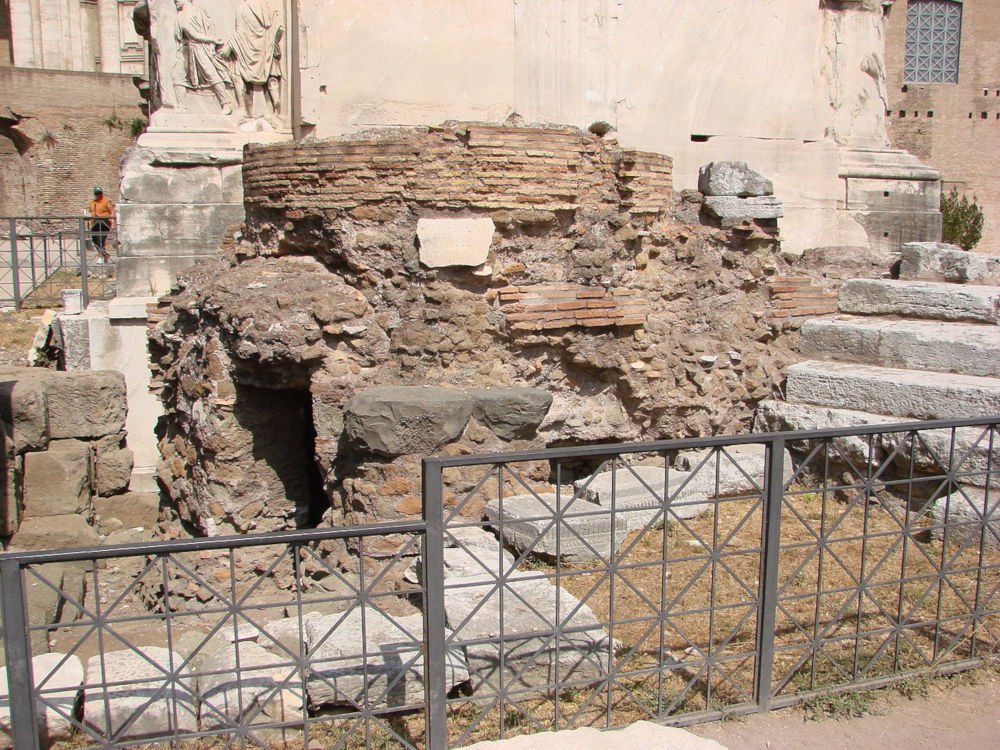 From here the miles of the Roman military roads were counted. At the same time, it was considered a mundus, a place where the upper world and the underworld meet. Here sacrifices were made to the gods of the underworld. The temple was built in Republican times; the remains that are still visible today, a small foundation, date from the Severan period.