France
The Verziau of Gargantua (also known as Haute-Borne) is a menhir near Sons-et-Ronchères in the Aisne department in France.
Want to visit
Undo
0
Been here
Undo
0 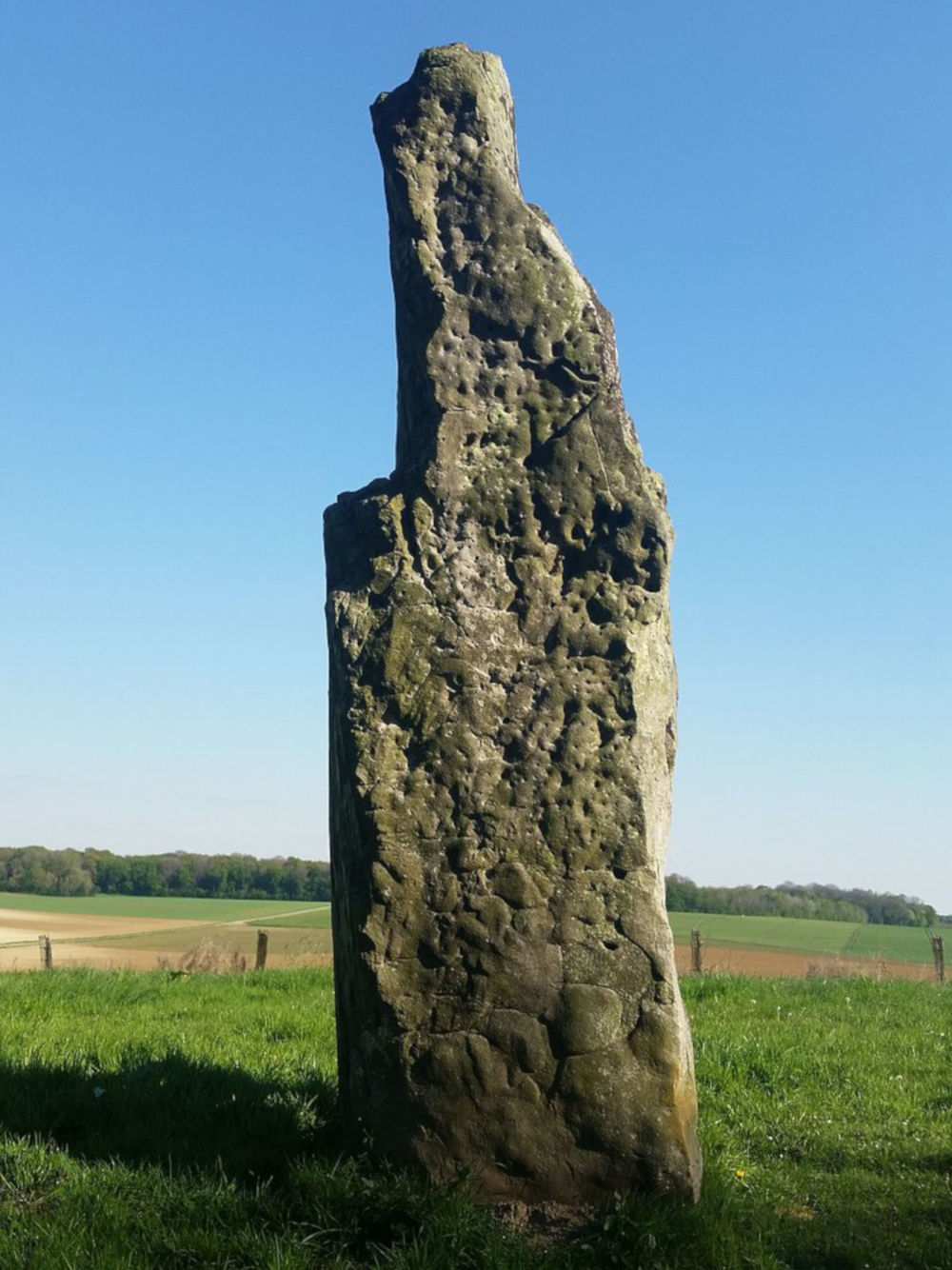 The Verziau of Gargantua (also known as Haute-Borne) is a menhir near Sons-et-Ronchères in the north of Bois-lès-Pargny, north of Laon in the Aisne department in France.

The Verziau of Gargantua is about 4 m tall and about 1.5 m wide at the base. This monolith is made of hard sandstone. The stone is chipped off at the top on one side to about half its height. The preserved side tapers towards the top.

At the beginning of the 19th century, the menhir had a twin that was destroyed to make paving stones. It is claimed that the menhir is the same length above and in the ground, which would give it an overall height of 8 m. The menhir probably came from the neighbouring forest of Berjaumont, where sandstone blocks are numerous.

Legend has it that a man of immense size used it to sharpen his scythe.

The menhir was classified as a monument historique in 1889. It is one of three protected menhirs in the department.