Poland
Graveyard in Węsiory - a real estate graveyard about 1.5 km south of the village of Węsiory, on the northern bank of the Długa river. Burial place of the Goths and Gepids from the 1st-3rd century. There are stone circles and burial mounds in the cemetery.
Want to visit
Undo
0
Been here
Undo
0 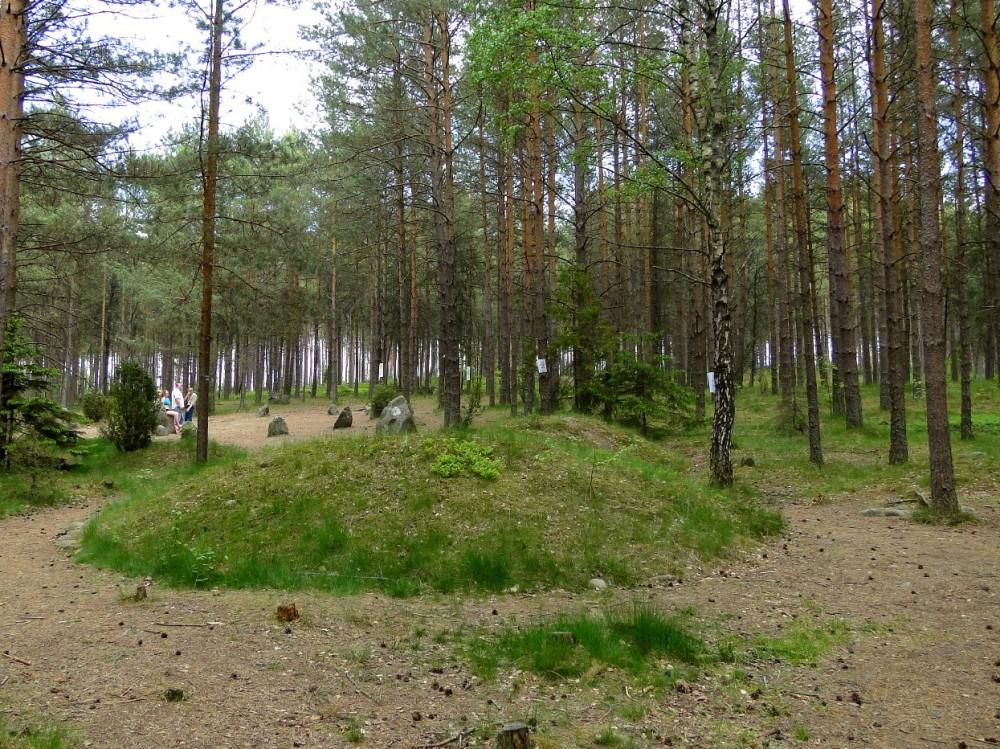 The Goths are one of the largest and most important East Germanic tribes. Originally they inhabited the southern part of the Scandinavian Peninsula. According to the legends at the turn of the eras, in the 1st to 3rd centuries, due to the unfavourable climate in Scandinavia, the Goths set off to the south to Pomerania. Then they wandered on, seizing Central Pomerania, Krajna and northern Greater Poland, the Elbląg Upland and the western part of the Masurian Lake District. In the 3rd century, Goths appeared in northern Masovia, Podlasie, Polesie and the Lublin region.

Goths were a Germanic people who played a major role in the fall of the Western Roman Empire and the emergence of Medieval Europe. They were first definitely reported by Graeco-Roman authors in the 3rd century AD, living north of the Danube in what is now Ukraine, Moldova and Romania. Later, many moved into the Roman Empire, or settled west of the Carpathians near what is now Hungary.

A people called the Gutones—possibly early Goths—are documented living near the lower Vistula River in the 1st century, where they are associated with the archaeological Wielbark culture. In his book Getica, the Gothic historian Jordanes claimed that the Goths originated in southern Scandinavia more than 1,000 years earlier, but his reliability is disputed. The Wielbark culture expanded southwards towards the Black Sea, where by the late 3rd century it contributed to the formation of the Chernyakhov culture, which is associated with the Goths who were in frequent conflict and contact with the Roman Empire. By the 4th century at the latest, several groups were distinguishable, among whom the Thervingi and Greuthungi were the most powerful. During this time, Ulfilas began the conversion of Goths to Arianism.

The cemetery was established in the 70s and 80s CE, i.e. during the alleged arrival of Goths and Gepids in Pomerania from the area of ​​today's southern Sweden. The migration of these peoples contributed to the creation of a culture known as the Wielbark culture.

Archaeological research on the cemetery in Węsiory was not initiated until the 20th century. In 1956, research work was carried out, including 3 stone circles, 16 barrows and 110 cremation and skeletal burials (urn graves and grave graves). In the course of the research it was found that, unlike other Pomeranian cemeteries, stone circles in Węsiory were used for burials .