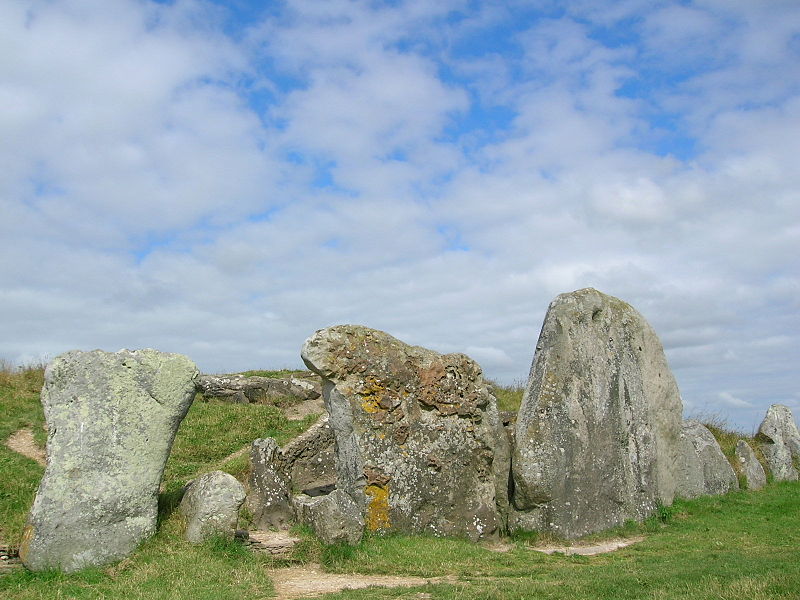 Built around 3700 BCE, West Kennet Long Barrow is a neolithic chambered tomb. It is located near Avebury and is such a UNESCO World Heritage location.

Part of the 'Cotswold-Severn' grouping of Long Barrows, it was in use from around 3670 BCE to 3240 BCE with an array of human and animal bones along with grave goods such as pottery and flint tools. There was a later Roman intrusion with a small coin hoard being buried at the side of the Barrow.

It can be easily accessed by parking on the designated lay-by on the A4 just opposite Silbury Hill, and following the footpath signs.