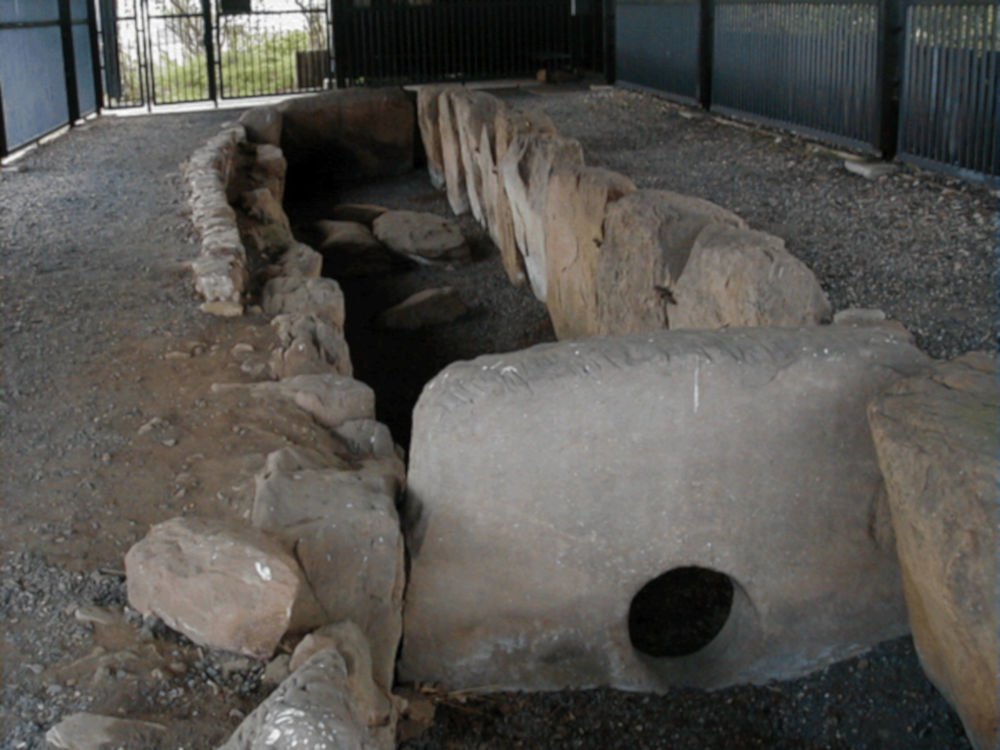 The Züschen Tomb (German: Steinkammergrab von Züschen, sometimes also Lohne-Züschen) is a prehistoric burial monument located between Lohne and Züschen, near Fritzlar, Hesse, Germany. It is classified as a gallery grave, and it is the most important megalithic monument in Central Europe. It is dated to the fourth millennium BCE, and was probably used until the beginning of the third millennium BCE. As such, the Züschen tomb belongs to the Neolithic facies of the Wartberg culture. The presence of carvings, comparable to other evidence of prehistoric rock art in Europe, is an aspect of the Wartberg culture, so far known only in Züschen and in Tomb I in Warburg.