Switzerland
The Aesch dolmen is located in the Aesch community forest in the Arlesheim district of the canton of Basel-Landschaft in Switzerland.
Want to visit
Undo
1
Been here
Undo
0 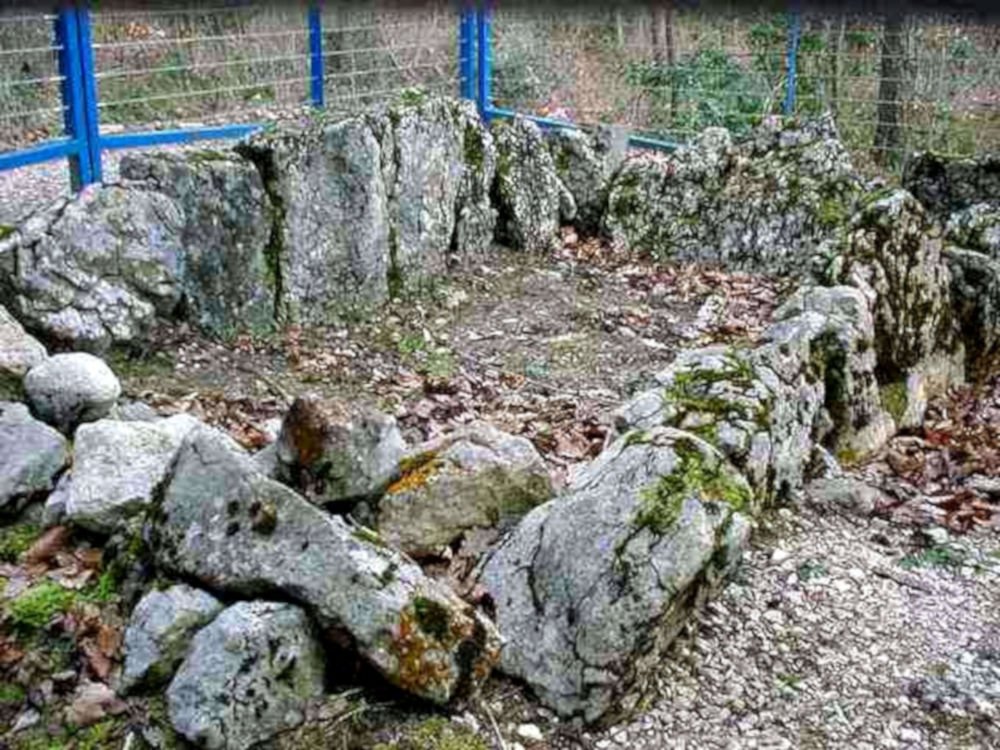 The Aesch dolmen is located in the Aesch community forest in the Arlesheim district of the canton of Basel-Landschaft in Switzerland.

Only remnants are left of the 17 large, upright stone slabs that formed the dolmen's chamber. The chamber, measuring around 4 × 3 metres, was probably originally covered with stone slabs. At a height of 2 to 2.5 metres, the monument had a volume of around 24 to 30 cubic metres. The hill must have been about 4 metres high and had an outer diameter of 10 to 12 metres. The site was discovered in 1907 by Karl Blarer and examined by Paul Sarasin and Fritz Sarasin in 1907/09. A few stones were found on the periphery in 1907, which must have marked the edge of the hill.

It may have been the common grave of a whole clan. The scanty remains of human bones - mostly teeth - belong to 14 children and 33 adults. Several pierced animal teeth served as pendants or amulets. The C14 dating carried out at the ETH Hönggerberg in Zurich in 1993 showed an age of around 4400 years, so the facility was around 2400 BCE.

Typologically, the grave belongs to the Schwörstadt-type dolmens, and these can also be found in Laufen, Courgenay, Degernau and Schwörstadt.