Portugal
Anta Grande do Zambujeiro is a megalithic monument located southwest of the Portuguese city of Évora.
Want to visit
Undo
2
Been here
Undo
0 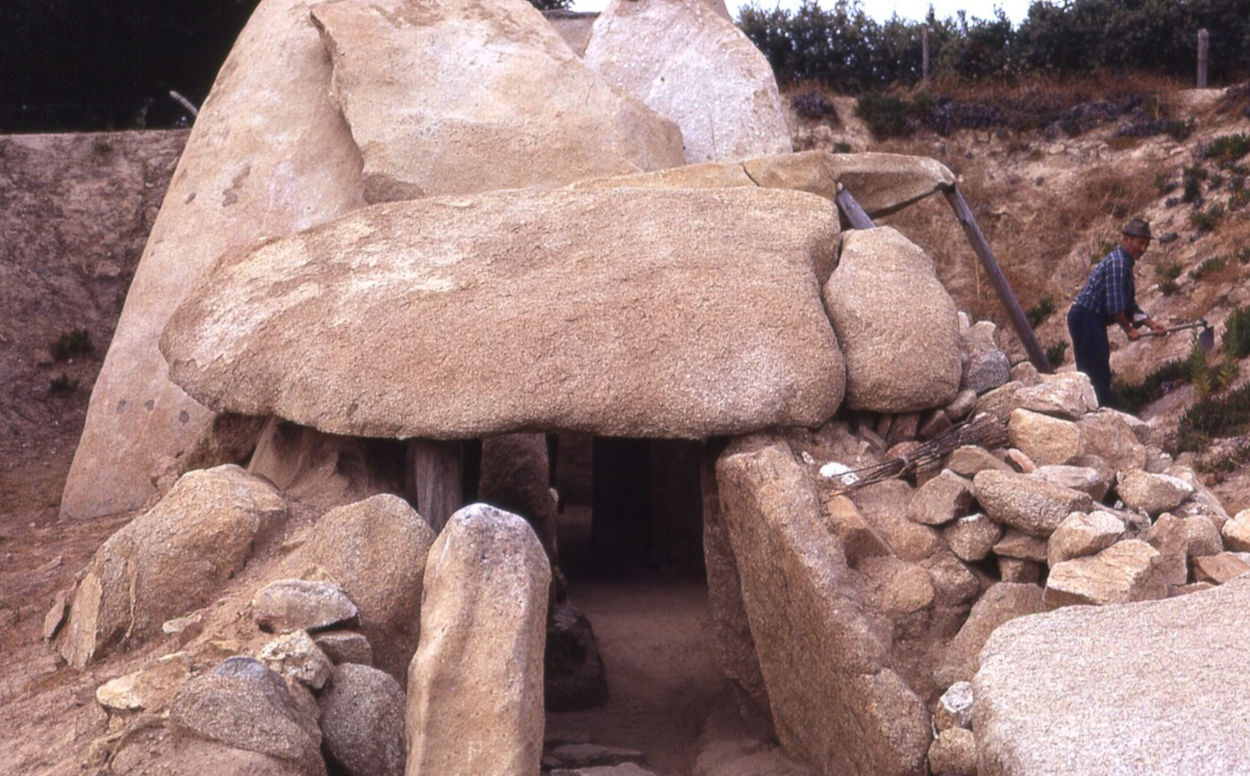 Anta Grande do Zambujeiro is a megalithic monument located southwest of the Portuguese city of Évora. It is one of the largest dolmens in the Iberian Peninsula. It was built between circa 4000 BCE and 3500 BCE. It was used as a burial site and perhaps also for religious purposes. The dolmen was originally covered by a 7 meter wide stone. The room has a corridor that is 12 meters long, 1.5 meters wide and 2 meters high. The entrance was closed by a large, decorated menhir, which is now on the floor. A large number of artefacts, found during excavations, are kept in the Museum of Évora. The dolmen was discovered in 1964 and declared a national monument by the Portuguese government in 1971.