Belgium
The Brunhilde stone is the largest menhir in Belgium. It is located in Hollain, in the municipality of Brunehaut.
Want to visit
Undo
1
Been here
Undo
0 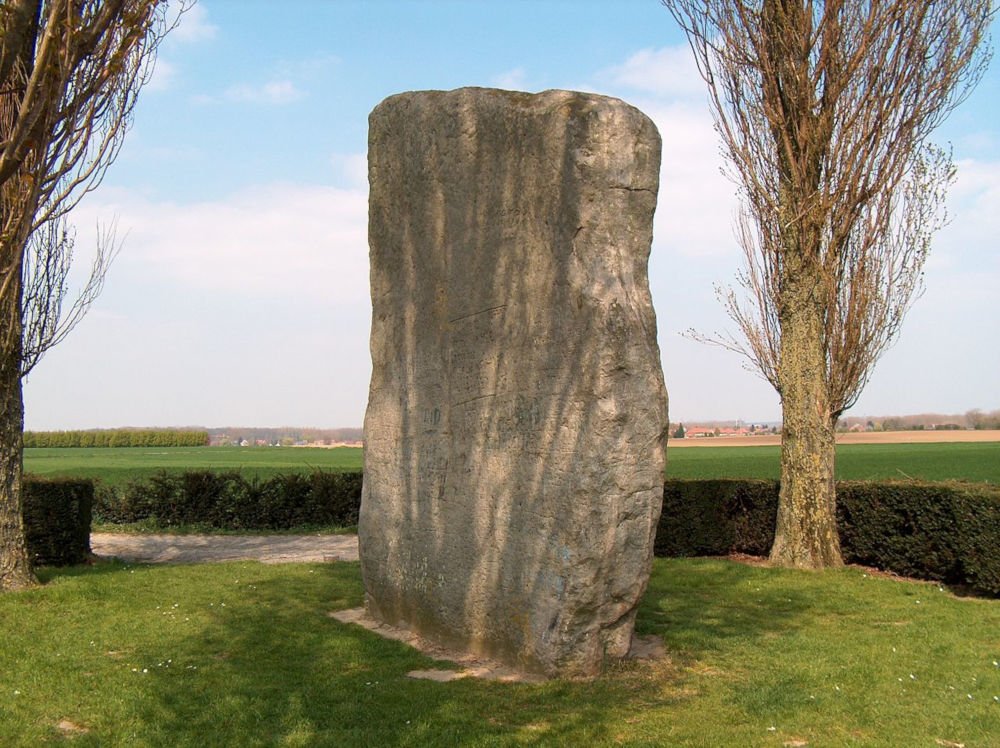 The Brunhilde stone (Dutch: Brunhildersteen, French: Pierre de Brunehaut) is the largest menhir in Belgium. It is located in Hollain, in the municipality of Brunehaut. The megalith is 2.9 to 3.2 meters wide, between 4.2 meters and 3.5 meters high and about 60 cm thick. It weighs about 25 tons. The Brunhilde stone dates back to the Neolithic, and it is estimated it was erected around 2,500 BCE.

The oldest document in which it is mentioned is an engraving from 1773 showing a tilted stone. The stone was restored around 1819 by order of the authorities. In the vicinity, south of the stone, various utensils made of flint have been found. The Brunhilde stone was listed as a monument in 1934.

The stone is also the source for many folk tales. According to one of those stories, the stone was erected on the spot where Brunhilde's corpse was found, after she was put to death, tied to a galloping horse. The Brunhilde referred to is the daughter of Athanagild, King of the Visigoths, not the Valkyrie.

It is also said that if the stone falls, the world will end.