Sweden
The high-altitude burial ground of Pilane in Sweden, is a burial ground from the Iron Age, which is dated between the turn of the ages and the year 600 CE.
Want to visit
Undo
0
Been here
Undo
0 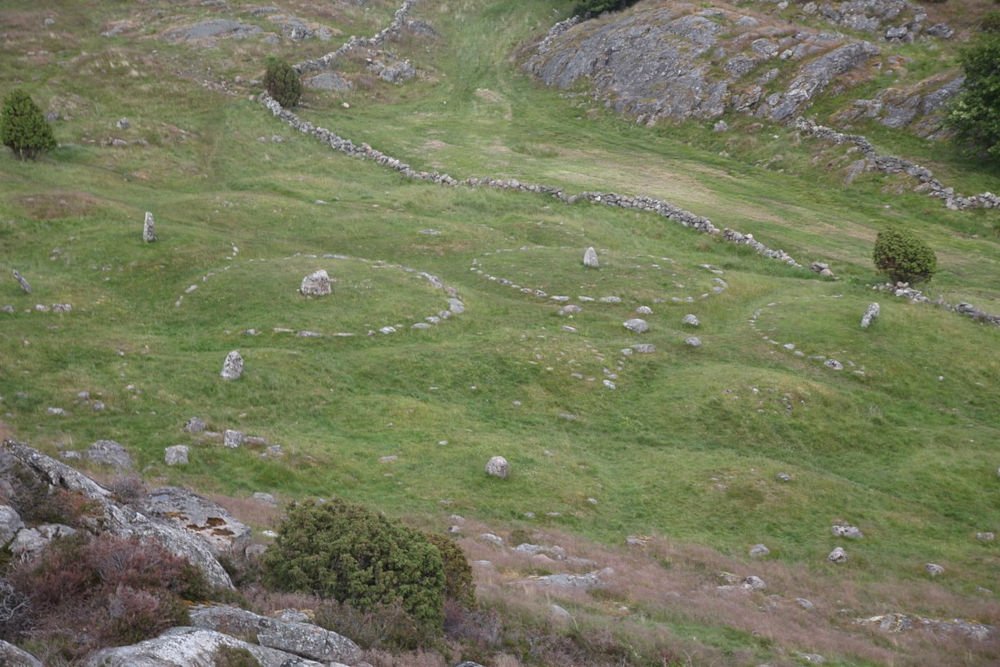 The high-altitude burial ground of Pilane (Swedish Pilane gravfalt) southwest of Klövedal on the island of Tjörn, Sweden, is a burial ground from the Iron Age, which is dated between the turn of the ages and the year 600 CE.

The burial ground consists of around 90 monuments, including standing stones, 15 domar rings with a central stone, burial mounds and round stone settings. Although Pilane is one of the most important burial grounds in Sweden, based on smaller finds, it is assumed that far more graves were laid here during the Iron Age than are visible today, which were destroyed by land use or are covered by earth. It is not known why such an important burial ground was created at this point.

Early human activity can be found in the area around Pilane, which was ice-free relatively early. Neolithic pottery was found on the coast. Even if it is not clear when the hunters and gatherers came to Tjörn, bone finds show that reindeer herds grazed there 4500 years ago. The Bronze Age rock carvings by Basteröd are located near the grave field.